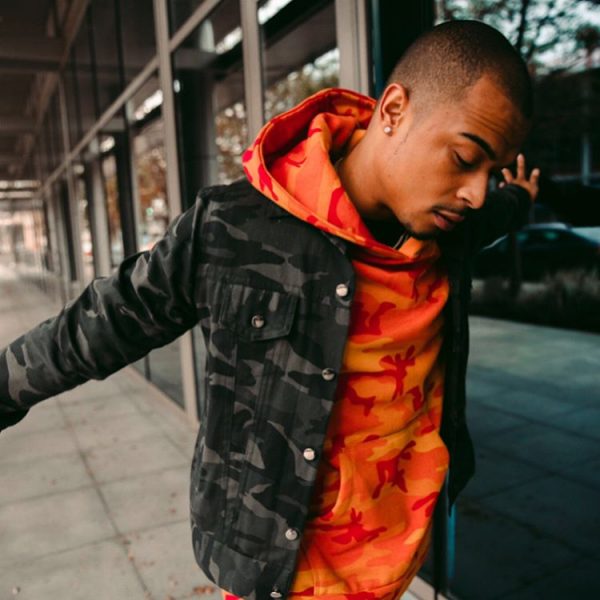 Khalil’s story of getting signed to a major label sounds more like a storybook tale. He got discovered after posting song covers on Youtube at the age of 13. Not too long after, he was signed to Def Jam and became close friends with the soon-to-be international pop icon, Justin Bieber. Now, Khalil has redefined his music career with a new focus on writing his own material.

Khalil talks to us about his upbringing and how the foster care system parallels to the music industry.How old school R&B inspires his craft, what he learned about fame from Justin Bieber and the importance of patience. Below is an excerpt from our talk, play the podcast to hear more.

Khalil: I got my first record deal when I was 13 from LA Reid. At the time I was switching between different families and schools, and looking back at the whole process and changing who I was, I can see that adding up to music now. I didn’t know I was going to be a singer, I didn’t know I was going to always sing. It kind of just came out of nowhere I just started posting videos… So I switched families and moved to vegas when I was in 7th grade. I met my manager there and he was the first person that put me into the industry… this was all new to me. At the time I didn’t realize I wanted to sing, I was being forced into it by adults. So I felt like I was trying to please them. I just didn’t know if it was something I believed in but once it started it became real. So I just kind of chased it; it was the only thing I had to chase… I never had a general say-so for my situation for the things that happened to Khalil as a kid… and no one gets to choose their family or their life but I just felt out of control. But music was the thing I felt like I had control over.

Patience is one of the hardest things to manage [14:22]

Khalil: Patience is one of the hardest things to manage, especially as an artist because you just want to be heard, you just want to get that message out there. You just want people to hear your message and you just want to be a light. So trying to balance that patience is when things get crazy…. but I feel like that’s what makes or breaks an artist when they go through the trials and tribulations… If you look at the blueprint of how an artist came into the game, you’ll see that every artist who stuck through it are the ones to prevail in the end. Some people have crazy stories of stuff they go through before and some people don’t. So I feel like sometimes there’s a path you have to go through to learn.

The music industry is not consistent [17:16]

Khalil: Growing up in a foster family means that there’s no one around me I’ve known since I was a baby. People just kind of come in and out, so I had to find the people in life that I wanted to build and make my own family, so to speak. When you see people just coming in and out of your life, and you see that no one is consistent, you want to start building that consistency. And the music industry is not consistent, so when you come from that it becomes really easy to adapt but also so hard. It’s just a weird place to be in.
Subscribe to The Come Up Show Podcast!