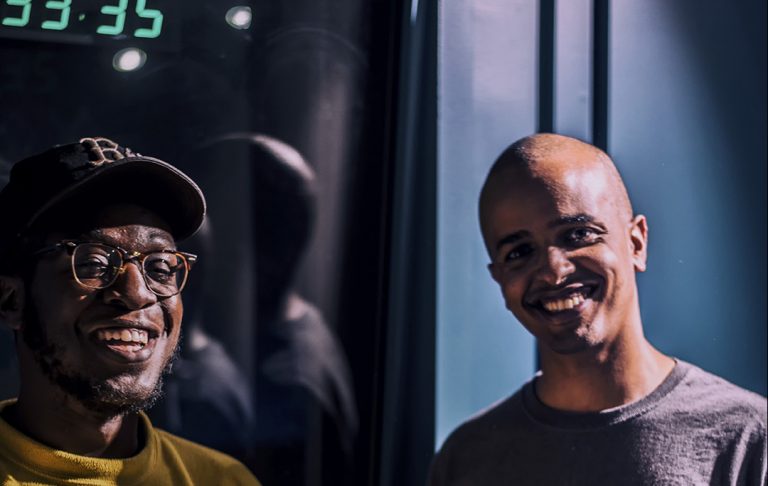 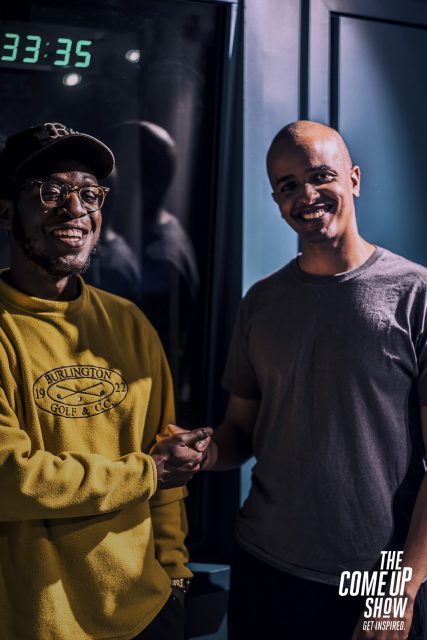 This week we present our interview with McCallaman, a young Toronto musician on the rise. He’s most known for producing the song “When I Die” for DMV rapper GoldLink’s highly acclaimed album “The God Complex”. Other artists he has worked with include TiKA, Clairmont The Second, Shi Wisdom, Marz Lovejoy, Mariami, & Sydanie. McCallaman has shared the stage with GoldLink, Khalid, Leela James, Gravez, & River Tiber, to name a few. Sometimes on stage as a DJ, other times singing his original songs backed by his bandmates.

McCallaman talks about why it’s a great time to be a creative in Toronto, why it was scary for him to start singing, and why music is a mirror of yourself. Below is an excerpt from our talk, play the podcast to hear more.

McCallaman: I think now is a good time to be a creative in Toronto. Whether you’re a DJ, a musician, a promoter, a photographer…. I feel like now is a good time to be an artist. I feel like a lot of people are looking at Toronto for artistry. There are numerous producers we could name that are on big albums right now. There are Wondagurl, Boi-1da and T-minus… You have new guys like Daniel Ceaser, River Tiber… so I think it’s a great time to be in the scene. A lot of people are just doing really great and there’s a positive competition going on where you see your peers doing really well so you also want to do really well to stay afloat and really be on that wave to continue.

McCallaman: [Reads caption from his post on Instagram] “without lyrics it’s still possible to hear where a musician is coming from, we all understand the concept of vibes. It’s possible to know if they’ve pulled inspiration from darkness or light. It’s possible to hear if they’re selling you darkness or light. This goes for any art form….” Music is just a medium to express or reflect what the person is doing; it’s a mirror. If you’re doing any artform right whether it’s painting, dancing, music… it’s a mirror of yourself. It’s a reflection of yourself. Whatever you have going on within you, positive, negative, in between, that will be on the canvas. Now music is a mode of expression and messaging and programing. So you can send messages to people based on what you’re saying and what you’re doing. That’s why I think music is a sacred thing, I think art in general is sacred because it has the power to control. A lot of people may not admit to that, but if you look back in your life, and the situations you’ve been in your life where music has had a strong hold on you, you’ll know that music can make you do things. Music can make you think things that you would’ve not thought about otherwise. So if you’re a 13 or 14-year-old and you hear about xanys and you hear these songs about xanys, you’re gonna do your research and find out what they are. Now you’ve heard your favorite rapper talk about poppin xanys, you’re gonna get curious. Then when the opportunity comes for you to get some, like you’re at a party and they’re bumping that xanny music and the xanys come around, you might take some so that you can be as cool as that person you look up to, that musician, that singer… So musicians and artists have a responsibility I think, to the people.

To be black and singing is a very vulnerable thing [23:11]

McCallaman: I’m not completely comfortable with where I’m at vocally. I feel like I can be better. I feel like my musical skills in terms of piano, drums, and producing is a bit higher than my vocability. I feel like I’m not quite there yet… So every time I sing it’s definitely practice and I’m able to gauge where I’m at. It’s also scary because it’s your voice. To be a black guy and singing is a very vulnerable thing. To be a black guy and to be dancing or doing ballet or to be doing something that’s unconventional can be a vulnerable thing. That’s just my point of view, maybe not everyone thinks like this. But for me, coming from where I’m from… I’ve spent a lot of time de-programing because I grew up on Jane and Finch in the North York area and you’re supposed to be hard, you’re supposed to be screw faced and you’re not supposed to show emotion or vulnerability. So I believe I’m still fighting through those things and that compounded with not being 100% comfortable with where I am vocally, it just makes it a scary experience… I’m harder on myself and I want to be at a certain stage in terms of my vocability and I’m just not there and that makes it a bit scarier.