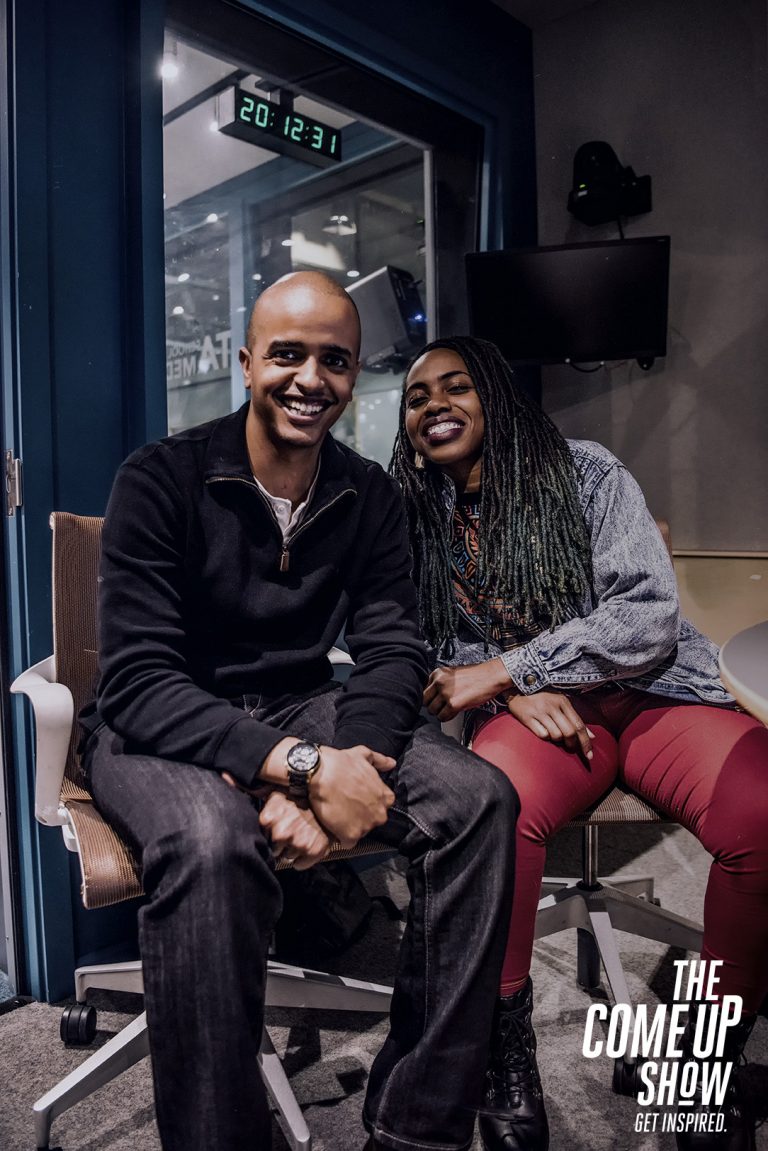 Dynesti Williams: We don’t take enough time to be truly happy in our lives 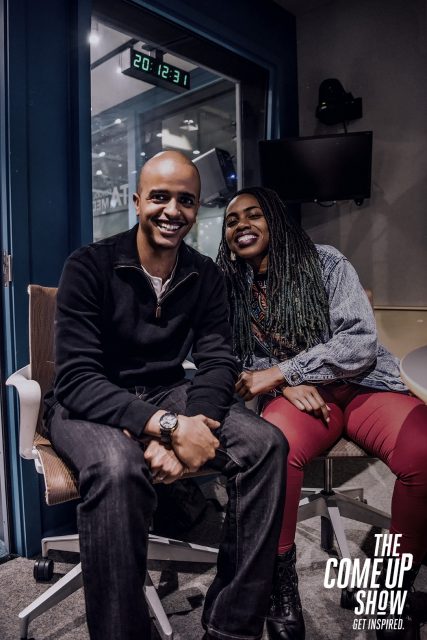 This week we have Toronto west end rapper Dynesti Williams as our guest. The fierce entertainer also goes by the name Dyna as she plans to feed her audience with soulful sounds that’ll make you feel good. “The Dyna has no menu,” Dynesti told Chedo, “The only thing we guarantee is that you’re going to leave with more energy than you had coming in.” As a child, her mother was diagnosed with depression and since then her understanding of happiness has been altered. Since then she’s centered her fo­cus on men­tal health sta­bil­ity as the foun­da­tion of her art, in­spir­ing the ti­tle of her 2016 EP release, The Bal­ance, and her latest single “Balcony (Lost It)”.

Dynesti told us more about her story and her upbringing, we talked about the importance of originality and why the entertainment value sucks right now. She talked about her new single that’s dedicated to mental health awareness and suicide prevention, her lowest points in her career, and so much more. Below is an excerpt, play the podcast to hear more.

Dynesti: There’s only going to be one Future, one Migos, one Travis Scott. I understand artists trying to sound like someone who’s been out and popping before them, but I feel like it really diminishes the craft overall. It makes us look like… as younger people we’ve lost touch with ourselves, with our own unique personalities. We’re constantly looking outward to see what we should be like instead of looking inward and seeing what we’re actually like and allowing that to be our artistry. I feel like that’s just brought down hip hop, it’s brought down entertainment in general. The entertainment value sucks right now.

What I’ve learned to do is to sit down and really think about it. I would write down what I really think represents me in my life and the things I know is true to Dynesti. I ask what does Dynesti sound like, what does Dynesti like to look like, what’s my original style and what am I drawn to? What things do I like to talk about? What things make me cry to think about that I absolutely need to adjust in my music…. I would write these things down and then make music about that. So it always reflected who I actually am…. I couldn’t live any other way. I know if I made any type of music that was copying somebody else I would look in the mirror and hate myself. It wouldn’t matter if that single did a million plays or whatever or if it was giving me enough money to get a mansion because it’s not me.

Dynesti: That song is about working through all of your issues especially as creatives and fighting to stay here when everything gets crazy and you’re tired of life and you want a break from everything. It’s that song where you get to sit back and relax and say ‘yeah I’m going crazy right now, “I’m losing it”, or “I don’t feel like I want to be in this world anymore,” or yeah I’m getting tired of this industry and I’m getting tired of being different and actually staying true to who I am, but I’m going to continue to do this. And it’s ok that I’m losing my mind. It’s okay that I’m feeling crazy and lost in life I’m just going to keep doing this.

Chedo: Creatives are 25% more likely to experience a mental disorder, why do you think that is?

Dynesti: It’s because we think outside of the box. Creatives have to know people, they have to dive in and understand how to hit people and how to impact them in some way. When you start to realize how people are and why they’re that way, like how the world has impacted them and how messed up the world is. It’s hard sometimes to continue going on because you see the truth. You’re not at all caught up in a facade, it’s not like a constant commercial to you. You see what’s really going on in the world and sometimes that drives people nuts and makes people depressed and not want to be here, and creatives are very in tune with that. This song is not just dedicated to [creatives] but as a creative, it kind of comes out. It’s just dedicated to people in general who are experiencing a difficult time in their lives and they just need some healing.

Dynesti: I was working at this restaurant at Jane and Finch, and at this time in life I had just dropped out of the University of Windsor and decided to pursue music. My family had just ended up back in the shelter again back in Scarborough because that was the only location that had space for us. So we were living in Scarborough, and I was traveling this long distance to get to work every day and while I was there, twice in one week the subway wasn’t working in the East end… and I ended up being over an hour late twice in one week so they fired me. I ended up going back to the shelter with my family and I remember standing outside of the shelter and I had just lost my bus pass. So I’m looking for my metro pass and freaking out because I just lost my job, I just lost my metro pass, we’re in a shelter, and I was the only one providing for the family, what the hell am I going to do. Why the hell did I think that I could just go and pursue music and think that was going to be okay. And I was just sitting on the street corner, crying. People came up to me a couple of times to see if I was okay and I was just like “don’t touch me” and I sat down outside for a while and I cried until I felt like all of the weakness of that situation had left me. Once you cry you realize a lot of stuff and you can continue on and it actually allows you to be stronger. At that moment, I cried until I couldn’t cry anymore. Then I tried to get my act together, went back to the shelter and figure out how I’m going to get another job. At that point thought, I had been through a bunch of different things in my life that I have to make this music stuff work for me or this all would’ve been in vain.