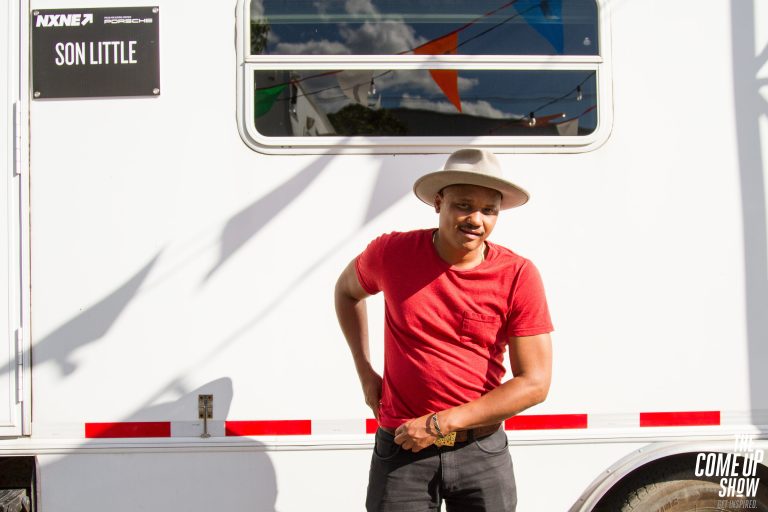 Son Little: Music has saved me over and over again 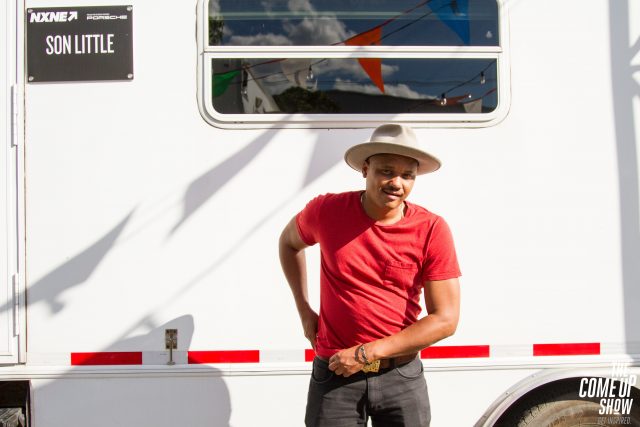 Our guest today is Aaron Livingston who goes by Son Little, a Grammy Award-winning producer, singer, and songwriter born from Philadelphia, PA.

One of my favourite songs, I’ve had on repeat by Son Little is his song “Lay Down” which has played close to 8 million times on Spotify. Son Little has toured the world with artists as diverse as Leon Bridges, Kelis, Mumford & Sons, in addition to his own headlining runs. I caught up with Son Little literally before his set at NXNE. We talked about how constraints breed creativity, the impact his environment has had on his songwriting, how the joy of being on stage helped him overcome his fear of being a solo artist and so much more. Below is an excerpt of our conversation, play the podcast to hear more!

Going from supporting musician to a solo act [3:30]

Son Little: I think everyone has moments of doubt or hesitancy. Sometimes you find a secured path to the thing that you choose to do. Music saved me over and over again. It’s what’s brought me peace… The joy of being on stage and performing takes care of the [fear]. That’s the type of anxiety you have when you’re not doing something, not when you’re doing it. Any performer will tell you that any exchange of energy between the performer and the audience is a pretty exhilarating thing. Making records is very enjoyable and writing songs is very enjoyable, but there’s something special about the exchange of information and energy between the performer and the audience.

There’s something soothing about the minor chord [05:11]

Son Little: There’s something soothing to me about the minor chord. It’s not easy to explain, it’s kind of a matter of fact. I think that it’s the sad songs that make people feel good. It’s done that for me, so I gravitate towards that minor key… Most of the songs on the new record were done in a hotel room. I had a guitar, microphone, and that’s it. I was banging the desk for the drums… It helps you boil down to the essentials, and what it is you’re trying to say. All of the bells and whistles can come later.

Chedo: Do you feel better when you can do more with less?

Son Little: It can be very satisfying. The point is the expression, and that’s a very pure expression. You can materialize with very little at hand. So there is something satisfying about that. I think it continues to be satisfying because of all the different things you can do to it. 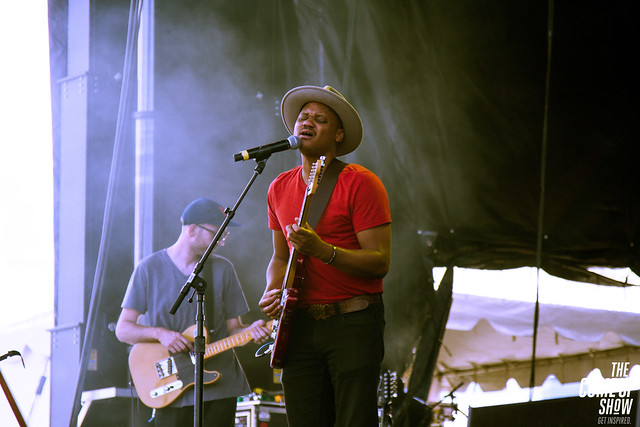 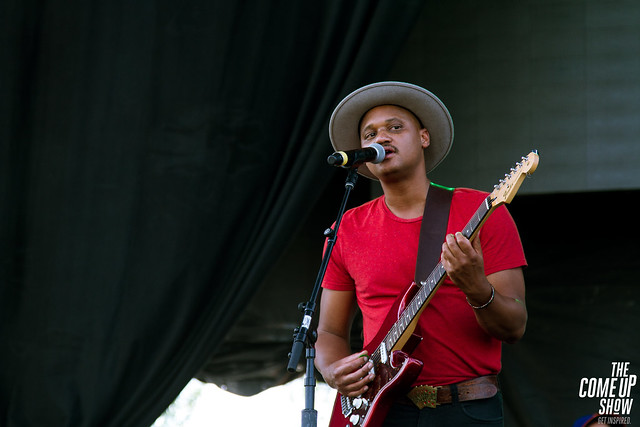 Photos by Eddy Rissling for The Come Up Show.

Inspiration for “O Mother” and his reaction to what’s happening in America [9:35]

Chedo: The song Oh Mother was your response to what was happening in the United States. You were in Paris when you recorded that song. Can you tell me what you were thinking during that time?

Son Little: I was getting my news at a lag because of where I was. I was on a high giddy, because I was in France, and some of that pressure that you might feel as an African American male at that time is lifted when you’re in a different environment. It was sort of a rude awakening to hear about the things that were happening there, and the venom that was going back and forth between people. The idea of debating the value of different people’s lives, instead of reaching for the ideal… Everything that was going on back home was very divisive and painful for people.

Son Little: There are sounds in our environment that you can’t help but mimic. If you grow up in Manhattan then you hear car horns all day, then you might insert a sound that mimics that. If you live out in the forest somewhere then you might be mimicking birds or the growl of a bear. I think that comes true very much with music production. It’s hard to say how a piece of an environment gets sucked up into a piece of art but it always feels like it certainly does. It’s attempting to transmit the idea of life to the audience, the listener, the viewer…. That’s the whole trick I guess, trying to communicate that whole experience to you and do it artistically.

Make sure to give us a 5 Star Rating and Review on iTunes!