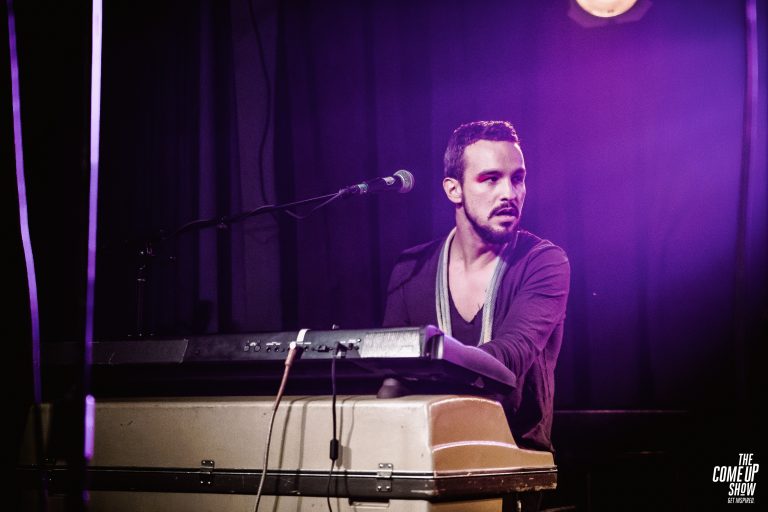 Gabriel Garzon-Montano: I used to wait for the storm to pass, now I’m learning to dance in the rain 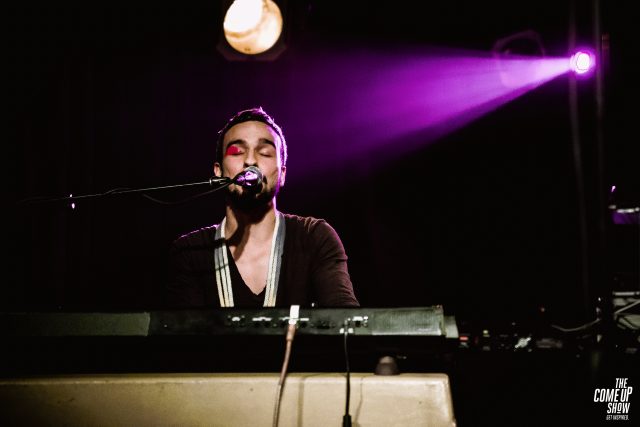 This week we have Gabriel Gorzon-Montano as our guest on The Come Up Show Podcast. Gabriel was invited on tour with Lenny Kravitz in 2014 after the release of his EP Bishouné: Alma del Huila. When he was on tour, he got a call that his track “6 8” will be sample on Drake’s mixtape If You’re Reading This, It’s Too Late.

Since then his career took off, and he’s been on tour with indie-rock artists like Glass Animals and Mayer Hawthorne. In this interview, he talks about the three CD’s he bought from a dollar bin that changed his life, the difficulties that come with songwriting, and how crying helped him get through his lowest moment. Below is a transcription, play the podcast to hear more.

Chedo: Tell me about the process of being front and center on this album

Gabriel: Writing pop music, I’ve always written stuff that’s a little more relaxed and maybe melancholy. So I made an effort to try and temper that with something that’s more insistent, more urgent, and have a little more energy to it. I continue to look for that. Ultimately though, I know I’m overthinking it. I know that I’ve talked about trying to be more direct [with my music]. At the end of the day, as long as it’s beautiful then I’m going to make it.

Gabriel: Lyrics are very hard for me and very difficult to write. It takes patience. It’s easier to fit three lines that are great, but to fit them into a story and to make a bunch of poems that each explore something specifically is difficult.

Chedo: People don’t know how hard it is to write a song.

Gabriel: I don’t think so. I think a lot of people nowadays respond to formulas and they don’t mind hearing the same thing over and over. Different people have different motivations when they’re working and writing, and I’m definitely trying to come from an original place. So to discover what that means to me or what that really is is interesting.

Chedo: Your song was sampled on Drake’s “Jungle” tell us how that happened

Gabriel: We have a mutual friend, her name is Zoey, and she played him the record. He flipped out and a week later I was hearing Jungle.

Chedo: He must have been truly inspired. You said that your mental privacy was being invaded by Drake?

Gabriel: I heard him everywhere. When that mixtape came up, he was very ubiquitous culturally, and he was on the tip of everyone’s tongue. A lot of people were coming out of the woodwork just to congratulate me on that, which was really sweet. It was just exciting… I was just starting my shit and then all of the sudden there was contact with this real cultural presence in Drake.

Don’t let the roadblocks become bigger than they are [21:02]

Chedo: What was the lowest moment in your creative journey so far?

Gabriel: I think that since I create alone, from production to singing, and everything, sometimes I can get stuck. My confidence has gotten low sometimes when I feel like things are taking too long, or I don’t feel like my ideas are worthwhile. It takes a great amount of pushing forward to get these things across. So just getting in my head is the biggest problem, the biggest obstacle.

Gabriel: I have to cry and take deep breaths and tell myself that everything is going to be okay. I have a beautiful woman in my life, I call her, she tells me that everything is going to be alright. She tells me to ground myself, light a candle, ask for help from the universe, drink some water. I haven’t figured it out yet, but crying is healing. Going through those moments is part of life. The times I’m least happy with in my life are the times when I let small roadblocks become bigger than they are through the power of my mind. As opposed to letting the emotions pass through and keep it moving. It’s easy to add your editorial voice instead of just letting things be the way they are. Some things are difficult, and being an artist and trying to forge your own past without the help of a ‘hit-making machine’ and just to do that all by yourself is difficult. I think responding to difficulties and challenges, and adversity is a skill some people have. Some people have really thick skin and they can see the long game. I consider myself one of them. The times I consider myself least happy is when I allow the roadblocks to become bigger than they are.