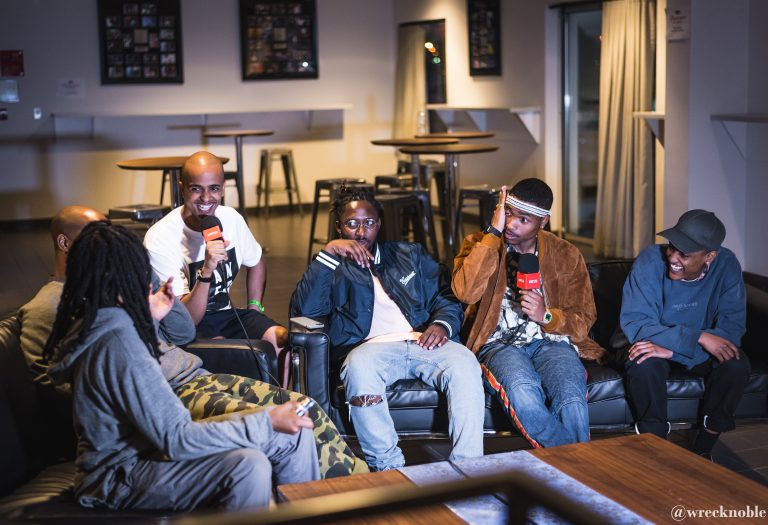 The Internet: Own your creative journey 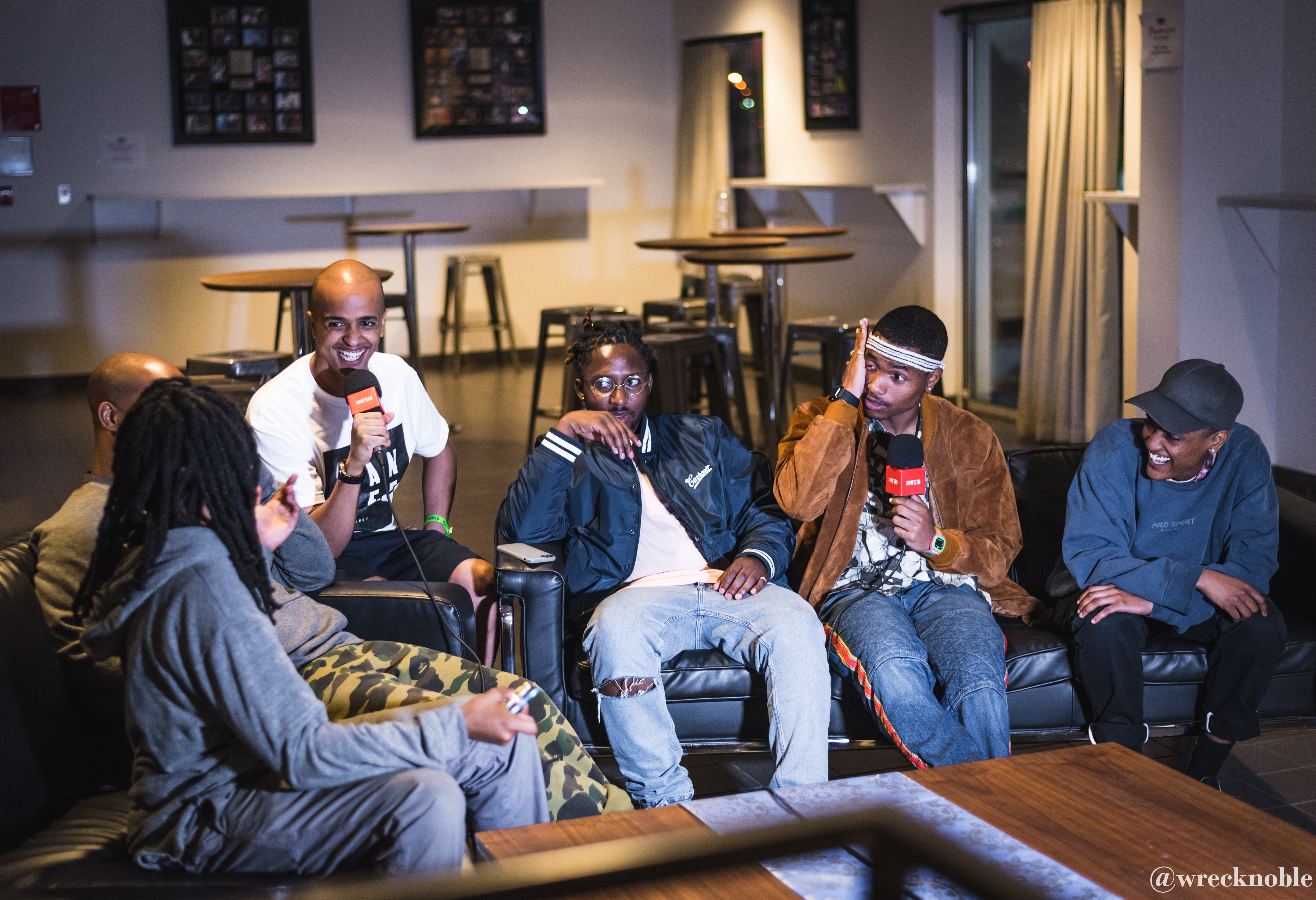 We could spend hours and hours just trying to grasp the very essence of The Internet’s style, and we wouldn’t even cover the surface. The Internet is a futuristic, funk, R&B band based in L.A. They’re known for their unique style of electronic, funk beats and dreamy lyricism. Not only that, but they’re also appraised for being a band that works together but also respects each member having their own solo career. Their style, energy, and music have widened the stage of R&B to more eclectic and alternative sounds.

We got the chance to sit down with the crew after their performance at Manifesto Festival. We talked about the controversy of autotuned music, owning your creative journey, how cool of a guy Daniel Caesar is. Below is an excerpt from our talk, play the podcast to hear the full interview!

Autotune takes away the “uniqueness” of the artist’s voice [10:00]

Syd: Imma keep it real, if you can’t sing then autotune doesn’t really help. Its low-key makes you sound worse. You still have to get the right take.

Matt: My only quarrel with autotune is that it takes away the uniqueness of the individual voice of the artist. I feel like a lot of artists sound the same [with autotune], so you can’t distinct who’s voice it is. It sounds so distorted.

Chedo: A lot of artists are going overboard with the autotune, and they’re winning with it. When Jay-Z came out with “Death of Autotune” I really thought the trend would die but it didn’t. I guess that’s the one thing Jay couldn’t kill….

Christopher: 808 Heartbreak came out right after that, so it definitely didn’t die.

Matt: I just want to say that Andre 3000 was the first modern singing rapper. “Love Below” went all the way there, and he didn’t use any autotune. There were certain songs that were off key but it was Andre and he could make you feel the emotion. Kanye would be off too but you fuck with it because you’re like “I can’t sing, so that’s how I would sing if I did that too!” So as opposed to using autotune and make yourself sound like a robot, you should sing it instead. 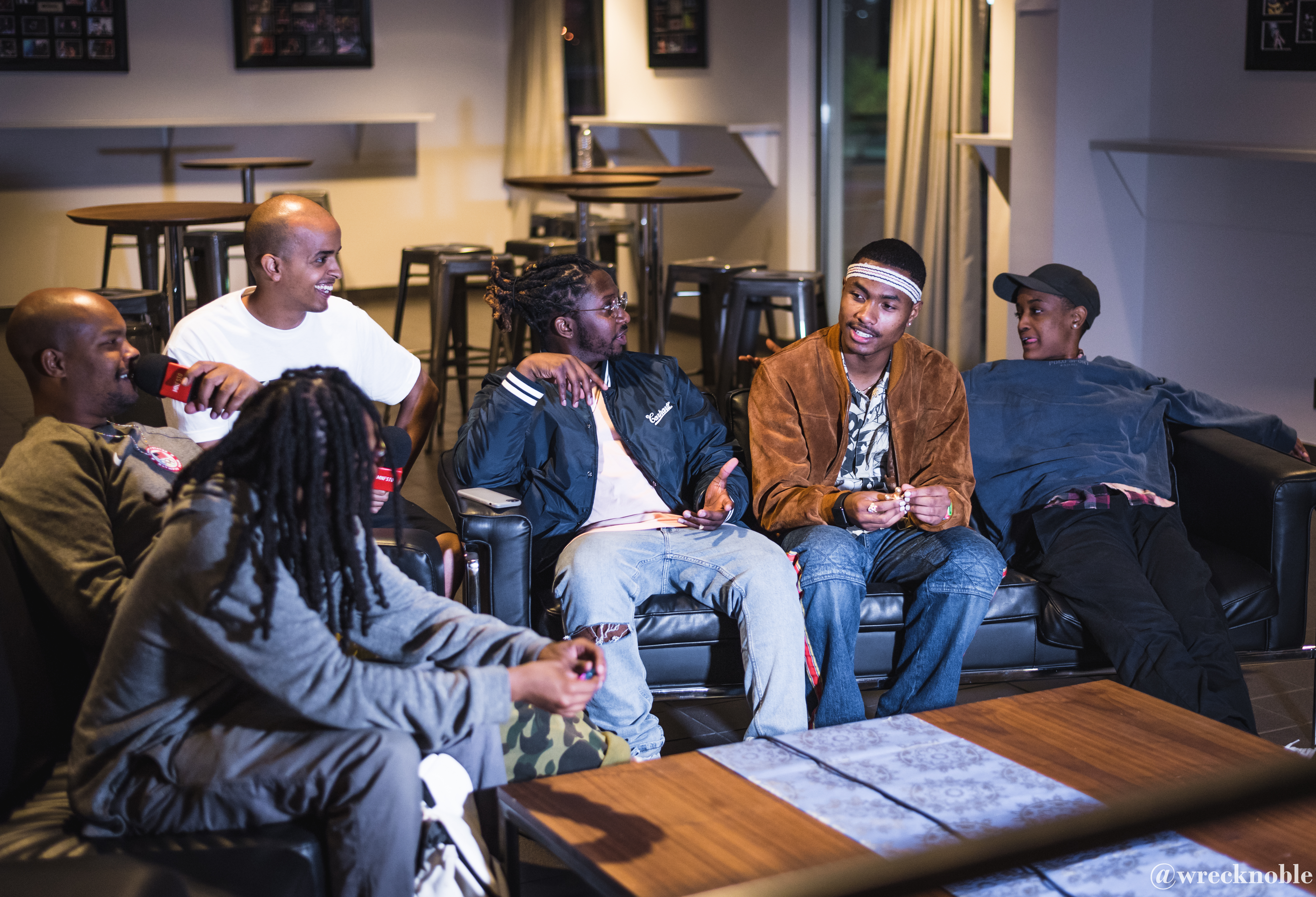 Matt: Our mission statement for The Internet is own your creative journey. We are all our own very creative beings. You can be a part of a group and be your own individual at the same time. That’s what we’re trying to convey as a band. I feel like as black artists, a lot of times bands and groups are broken up by the industry or by what people say. Throughout time black bands can never stay together even if they don’t make music for a period of time. As a black band we’re trying to change the perspective of that and show people everybody can be solo artists and be huge, but still, kill it as a band. You can still be an individual but also understand the importance of comradery.

Syd: I saw him live in L.A. and I remember being frustrated at the fact that he never missed a note. I was just standing there like [how are you doing that] and he probably thought I was mad but I was just in awe. I was like are you seriously that good? He’s dope, his whole squad is dope. They put us all on game with Toronto slang…

Syd: Yeah, which we kind of figured. I think it’s hilarious because I’m Jamaican… They told me that Toronto is like baby Jamaica sometimes… We were up with Daniel the other night and he was putting us on game on how in Canada, everyone is hella supportive of each other, and that’s so dope because it’s not like that in most places.