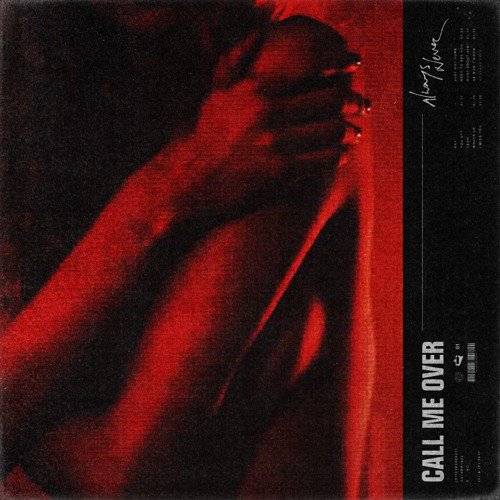 Always Never – Call Me Over

This past summer, we’ve come across numerous artists come up and drop debut projects to show their sounds and skills. Just when we thought the the summer was over, Always Never crept up from the shadows, and although they’re not Toronto’s first duo, they’re definitely showing signs of ingenuity as a breathe of fresh air in a scene that sees new artists daily. Always Never consists of two talented Toronto artists, a vocalist and the producer. We’ve seen teams like this before but not a team with the drive and ambition as these two, and their determination is shown in their new EP Call Me Over.

Always Never premiered their latest song Call Me Over on Beats 1 Radio with Zane Lowe just a day before the release of their debut Call Me Over EP. On their sound, Zane said “So Toronto, so Toronto. But Toronto is fleshing out, right? It’s getting fuller. It knows it’s controlling pop music right now, it knows it’s leading that sound. Confidence is high in that city. Always Never, “Call Me Over”, a World First, sounding amazing.” They’re unsigned and wrote and produced the entirety of the project themselves – a project portrayed as dark & sexy and undeniably catchy.

The EP is short and teaches the listener exactly what the two artists are capable of, with 3 tracks exposing their vast set of skills in production and singing, albeit their current discography isn’t lengthy, their fan base and following have already grasped their limitless talent and nearly 100,000 monthly Spotify listeners can vouch for that. It’s uplifting to see some new faces with new sounds in Toronto and being veterans in the scene yet still fresh with their releases, it’s interesting to see what else the two have cooking up, and trust me, you’ll want to keep your eyes out too. Check out their EP below!