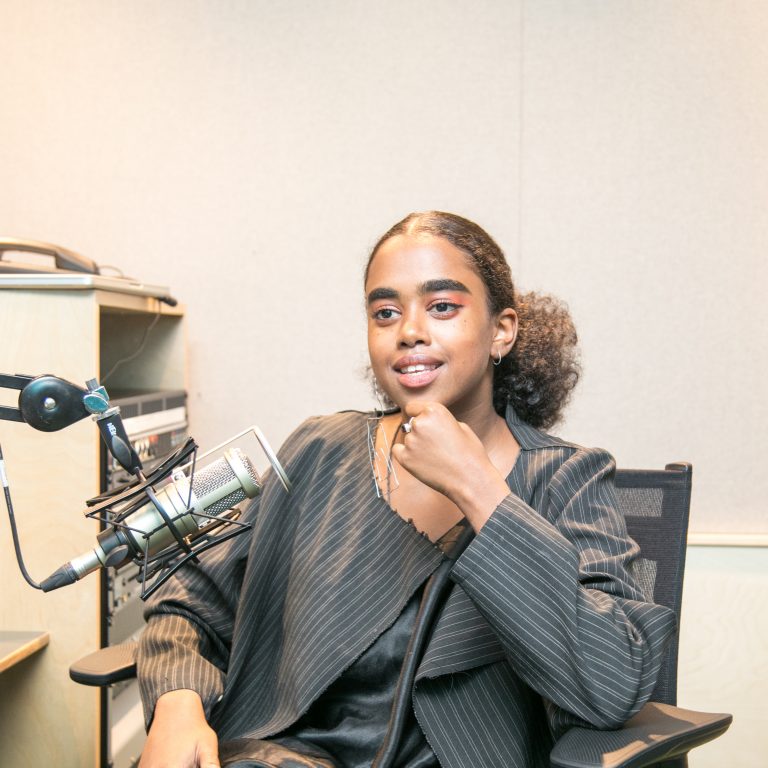 M.I. Blue is an artist the encompasses the soul, culture, and sound of Toronto’s growing music scene. Her EP “Black Tea and Mint” has made waves on Soundcloud with over 20K plays. With this, Blue has become part of the growing new wave in the city’s music scene. With a passion for fashion and filmmaking, M.I. Blue stumbled onto music by accident. When she got involved with Urban Arts at 15, she realized that music could be her own creative outlet. M.I. Blue’s influences range from jazz, early R&B to her own East African roots. Her sound is ardent, entrancing, and reflective. “I call my music visual sounds,” she told The Come Up Show. “I think of the visuals first, then the sound would come out….It’s basically storytelling.”

In this interview Chedo and M.I. Blue got to bond over their Eritrean roots, and discuss the exciting musical renaissance happening in Toronto. Blue shared her experience with self-doubt and depression, how her culture and upbringing shaped her sound, and her new EP she’ll be releasing next year. Below is an excerpt, play the podcast to hear more!

M.I. Blue: I don’t know what Toronto’s doing, but it’s doing great! It’s incredible. A few years ago there was that conversation with a lot of artists, who were my friends, and they would say that artists in Toronto can’t do anything and they never get recognized. Now it’s changed, now we can really make it. This can be the new city… the new L.A., Chicago… and create some beautiful music.

M.I. Blue: I call my music visual sounds. When I think of melodies and sound, I think of the visuals first, then the sound would come out. That would ultimately become the music videos or the music video ideas. But that’s how I would create my sound; it’s all visuals that I would create in my head. It’s basically storytelling. They don’t have to mean anything, but I would have all of these stories in my head and it would narrate somebody’s life….

M.I. Blue: I don’t want to be that artist that drinks tea… Even though my EP was called Black Tea and Mint, everyone keeps asking if I love tea and I’m like ‘doesn’t everybody love tea?’

Chedo: You don’t want people to put you into a box…

M.I. Blue: Yeah, I definitely don’t want to be that hippie that drinks tea and burn incense. Even though I do all of these things… I can’t lie [laughs].

M.I. Blue: For me, I’m a very private person. I think depression is part of life. People feel down and they doubt themselves, or they feel less than how they’re supposed to feel. That’s something that I was going through. I just had to sit down and isolate myself to think why I was having these thoughts. I battled it by questioning why I was thinking this way, and what caused it. I had to track back to when I was feeling the way that I did. Which is essentially what my EP is about. It’s about understanding yourself and understanding self-love. It’s such an important thing to appreciate yourself and to not question everything you do.

Chedo: How do you calm down these voices that are bringing you down?

M.I. Blue: I’m a positive person by nature. So when I hear these voices I don’t take them too seriously anymore. I think that films have helped me too.There are many films where the main character is going through depression and I’m thinking in my head what the character could’ve done to battle what they were feeling. At some point, I realized that I could do this for myself too. Why am I giving a fake character some advice when I need it?