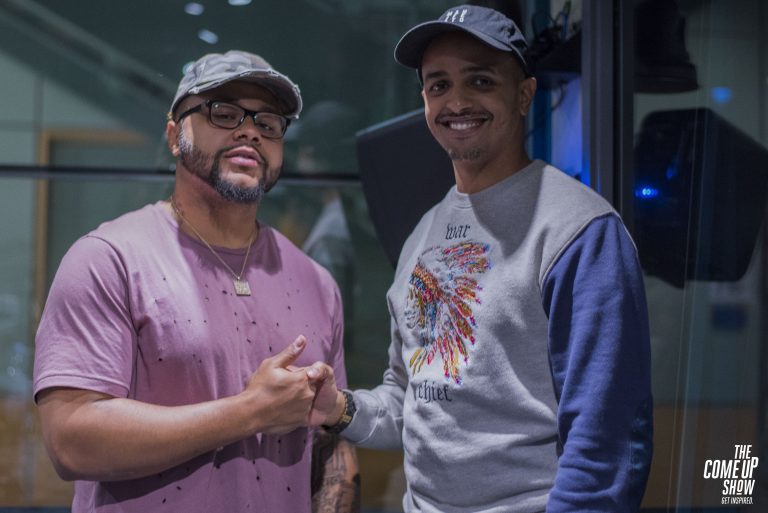 11:11 is slowly becoming the face of soul music in Toronto. The rising star started out making beats in the studio at Lawrence Heights Community Center in the West End. After realizing the potential in his voice, he transitioned from producer to singer. Now he’s making waves with over 25 million views on YouTube.  11:11 is going to be headlining at our 10th-anniversary concert on Thursday, Nov. 30th at Adelaide Hall. Check out our playlist and full details about the event.

In this interview, 11 talked to us about the drama that inspires his music, why he chose music over football and his new album that’s coming out after Christmas! Below is an excerpt from our talk, play the podcast to hear more.

11:11: I love performing because I get to share my creativity with people and in front of them. I also get to sing it exactly how it sounds on the record. So people could see how it’s supposed to sound. I love putting on a show for people. It gives me a rush that’s different from football. I like playing football, but it just didn’t give me that rush of what I got from going on stage. Football gave me a more nervous, I’m-scared-I’ll-get-hurt-really-bad rush. Performing gives me an I’m-nervous-because-this-is-so-much-fun kind of rush.

[13:29] New album and how music dictates our lives

11:11: The way I write music is writing about how I feel in the moment. That’s why my album that’s coming out after Christmas is called “Mood.” Because it’s a bunch of songs where I just wrote how I was feeling at the time. Got a beat, put it on that beat, and try to add some flavor to it, try to add some spices…

Waking up and listening to a song can dictate your whole day. If it’s a rowdy song, that can dictate your whole day. If it’s nice, chill relaxing song, then it’ll dictate your day. Music plays a huge part in all of our lives. Look at movies, if you watch a scene on a movie that doesn’t have music, it’s going to be so much more boring. If there’s a scene that has no music, you’re not going to feel anything, but when you add the music, you feel something… You don’t realize it till you watch a movie and there’s no music on a scene where there should be music. You just won’t feel it as much.

11:11: When I was working my 1-9 job, not too long ago, I worked in the warehouse, where I would have to get up every day and do something I didn’t want to do. That was a big challenge for me. I didn’t want to go into the warehouse and lift boxes while my music was doing well. That’s what I wanted to do and I was putting so much effort into that, but I was in the warehouse working so hard and trying to keep that job. All this time I really didn’t want to be doing this, I just wanted to be in the studio. Getting up every day and doing that, it’s so hard in my life. I had to do it because I had a family that I had to feed. The income wasn’t coming from the music. So I had to go in and work really hard. I started to question why I was doing it.