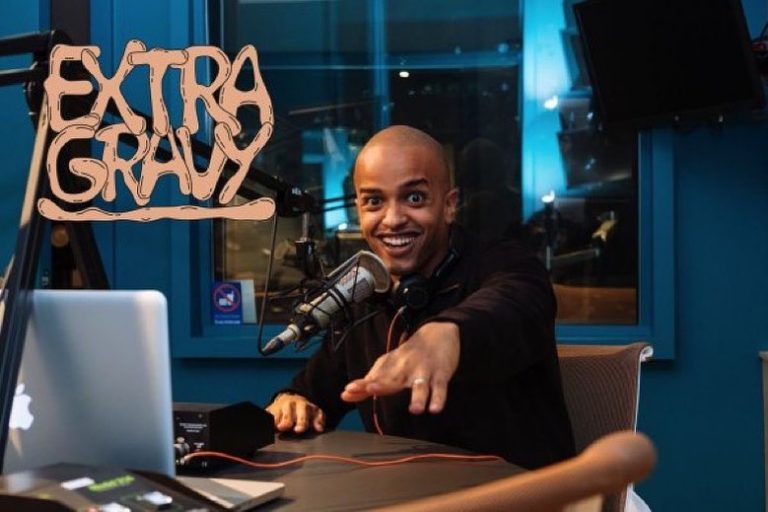 The Extra Gravy Show: Detroit will get you ft. Chedo

This week we’re featuring Chedo’s appearance on The Extra Gravy show Marlon Palmer and Jason Montenegro. There’s a lot of Toronto love and laughs in this interview, and Chedo got real about the ups and downs of promoting Canadian music. “When I grew up in London, ON. there wasn’t good hip-hop playing on the radio,” Chedo told The Gravy Show. He’s been on a mission to put people on since high school when he would write the song of the day on the board of his Grade 9 Civics class. “I was always the guy from high school that would have an earbud in one ear and I would share it with my boys and my friends. I just loved music.”

Chedo shared the crazy story of when he interviewed The Game in Detroit, how he finessed his way to landing an interview with Skepta, and why music journalists get such a bad reputation. Marlon is going to be hosting our 10th Anniversary Concert on Nov. 30th. Don’t miss out on the great artists we have performing and get your tickets now!

[12:40] Chedo was putting people on since high school

Chedo: When I grew up in London, ON. there wasn’t good hip-hop playing on the radio.

Chedo: I was always the guy from high school that would have an earbud in one ear and I would share it with my boys and my friends. I just loved music. In grade 9 or 10 before class, I would write the song of the day. I remember that one of them was Cassidy ft. Hotel, before it was out.

Marlon: This guy was digitally drip before it was a thing!

Chedo: Everyone would write down the song of the day in their notebook…. it wasn’t until I got access to our AV room which powers our auditorium. So during lunchtime every week I’d be playing music that I loved. I went from sharing the earbud with my friends to have the whole bump to my music. Everyone is looking at me, bigging me up, and I was like I need to do this for the rest of my life. I got addicted to that feeling when 100 people are [bumping with you].

Marlon: I feel like back in ’07, you would be listening to the radio and you would immediately tell when a Toronto or Canadian artist is playing. You could tell a Socrates, or Rasco instantly, it was crazy. Now, we are the ones that are influencing what the sound is in the industry.

Chedo: It’s like being able to tell the difference between a Canadian TV show and an American TV show. When I saw a CTV show I had this subconscious feeling that would turn me away from it. I wouldn’t even give it a chance, I would just turn away from it. There were still good Canadian music, but it wasn’t as good as it is today.

Chedo: If I want an interview with somebody, I’m not going to give up. I’m not going to take no for an answer. So I see this young photographer/videographer that’s a part of The Game’s crew. He’s taking photos and videos, and I go up to him and say my name is Chedo, I gave my business card and pulled up my YouTube app to show him my interview with Kendrick, Wiz Khalifa. I tell him I have an interview with The Game and I need to get upstairs. He goes upstairs and comes back down, asks me more questions. I’m like yeah this is who I am and this is what I do, trust me I have an interview. He goes alright and heads back upstairs. He comes back down and he brings us back up with him to see The Game….

Once we get in, there are women everywhere, him and his squad. I tell The Game we’re from Toronto, and we get to it. Mind you, this was right after Kendrick was popping and Snoop gave Kendrick the keys to the city instead of The Game. I asked him about that and The Game is giving me one-word answers, like “nope” and “yea.” He did a song about Luu Breeze and I asked about Drake and he’s just giving me a one-word answer. If you watch this on Youtube, I’m staring at him and in my head, I’m going  “I know what you’re doing right now. I know you’re trying to piss me off, I’m not going to get mad.” I’m  looking at him and he’s looking at me. Legit, for like five seconds, he’s looking at me and I’m looking at him and we’re not saying anything….

I hate when I see a horrible journalist with somebody big like Pharrell. They’re asking generic questions and I’m mad because if I was in their position… they’re just ruining it for other journalists. That’s the reason why big stars are not doing interviews, it’s repetitive, they can’t trust them. They think journalists are going for click bait, they’re spinning their words, and why would they do another interview if they’re going to get betrayed. That’s the bad rep we have.