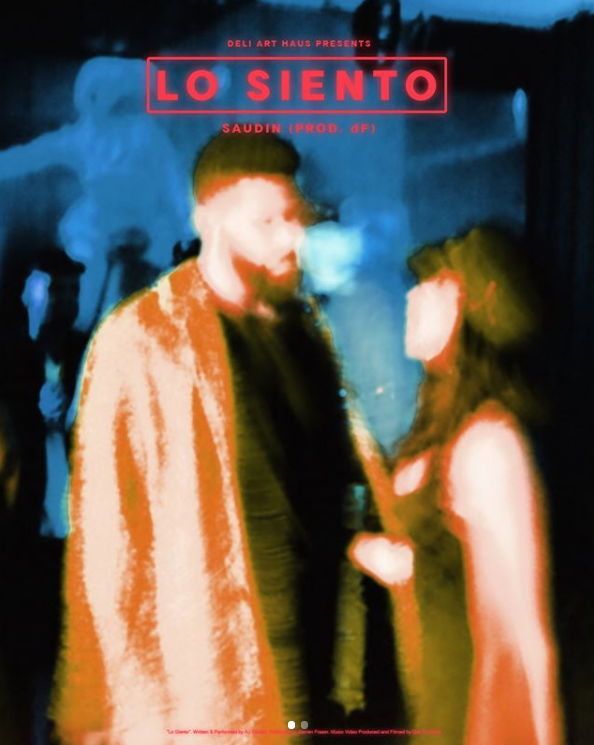 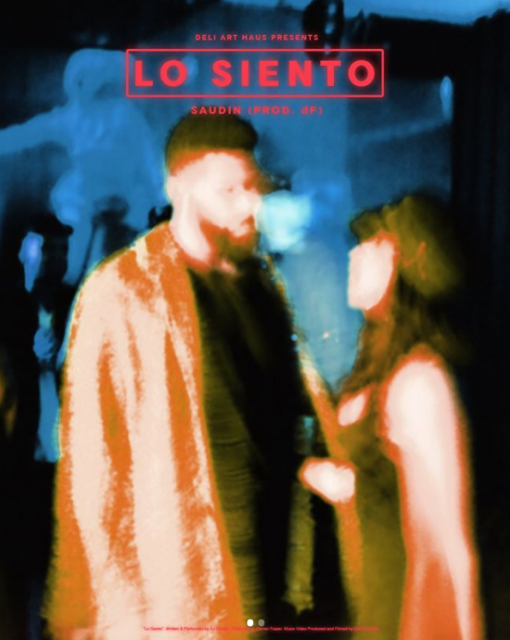 The smoothest voice to serenade us out of Mississauga is back with another timeless project. Saudin gets together with Deli Art Haus for amazing visuals, and dF, the production genius behind a vast collection of projects out of Toronto and drowns us all in our feelings. A sad Saudin is alone in the club reminiscing on his memories with his love, Val Mercado as he sings his way into her arms in Spanish and English preaching ‘Lo Siento’, meaning ‘I’m sorry’ after an unfortunate emotional break through that inspired Saudin to create some of his best work yet. Production is slow and melodic yet picks up at certain points and keeps a very south American feel to it, living up to the name of the song. dF can be found in the credentials of multi-platinum projects and working alongside OVO’s 40, his skills and ear for music will only get better, as Saudin will as he tops charts and breaks through record plays with just over a year since his first single Sunset released. Saudin never fails to impress his city nor his fans with over 4000 plays in less than 24 hours, and this project is just another example. Keep your ears out for more from Saudin and check out his previous releases on his Soundcloud where some of my personal favorite projects currently are.

All credentials for the project can be found here. Nobody goes unnoticed.