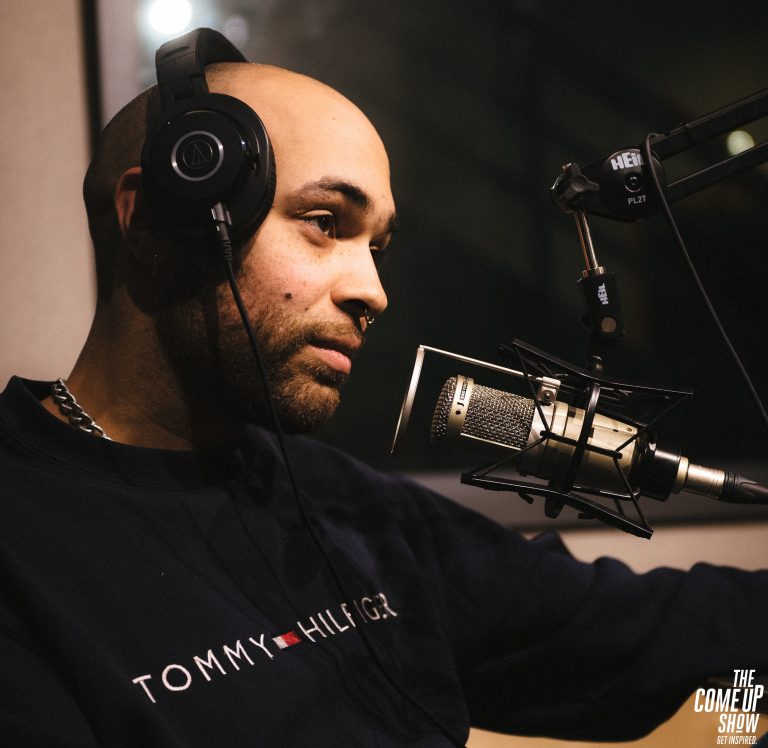 Matthew Progress: The “machine” has picked the Toronto sound

Eccentricity in Hip-Hop can never be appreciated enough. Matthew Progress knows that, and it’s why he keeps pushing his sound forward. As a Toronto native and a multidisciplinary artist, Progress has been a long time critic of Toronto arts. In a recent article he wrote for NOW Magazine, he said, “Black artists are subject to the pigeonholing of our identities and the erasure of our individual diversity. We are shoved into predetermined templates, tailor-made for the consumption of a society socialized to believe we are inferior.”

Progress has a new EP he just released with three tracks titled Slumber Magic War. This project is for listeners who are interested in the “freedom of thought,” and aims to cultivate a society of people who want to break the “chains.”

Progress talked about his unique artist marketing strategy, and how being multidisciplinary avoids artist’s block. We also discussed the lack of innovation in mainstream Toronto hip-hop music. Below is a transcription, play the podcast to hear more!

Chedo: You’ve said that you never put out a project if it doesn’t have a whole planet our society attached to it. What do you mean by that?

Matthew Progress: It means 360 degrees of communication. As a creative, I think that music is a vehicle, film is a vehicle, fashion is a vehicle, culinary arts are a vehicle. I’m concerned with the content in the vehicle, and I think that it’s most powerful when that vehicle can change regularly or frequently. When I have a piece of content, I’m looking at how it can translate to all of those different vehicles.

Chedo: Through that vehicle, are you trying to inspire action?

Progress: There’s not a specific part that I’m trying to inspire. What I’m trying to inspire is for people to think differently, shift paradigms, and shift frequency. What action comes out of that, will be up to the individual. I really am concerned with the chains of monotony and the hamster wheel breaking off of people’s heads. How can we create content that inspires that to happen? Do something enlightened and innovative that inspires the same breaking of chains in other people.

Progress: I don’t know if the record-buying market has picked the [Toronto] sound, I think that the machine has picked that sound. I think that some of the most significant international media platforms have picked that sound as the prevailing sound in Toronto. I’m a big a fan of a lot of artists that use that sound. But there’s much more going on in the city… The idea for that article was primarily a call for innovation, in the urban music space. Also just to comment on the fact there’s quite a monotony that we see in terms of what Toronto acts from the “urban scene” are getting a major push and visibility. There is an issue there of the diversity of subject matter, and the diversity of the bodies in the social location of the people that are making the music. There’s major lack of diversity there, that’s problematic.

Chedo: In terms of the sound and representation it’s male-dominated…

Progress: Male dominated, conceptually it’s the same concept. Me against the world. Money pursuit, I get the girls, etc. Which can be beautiful music, I’m a fan. I love trap, love it, love it, love it. So it’s not anger towards those artists, and not saying that this music isn’t hot because it is. It’s just people deserve a palate of music. People deserve an option of things to choose from.