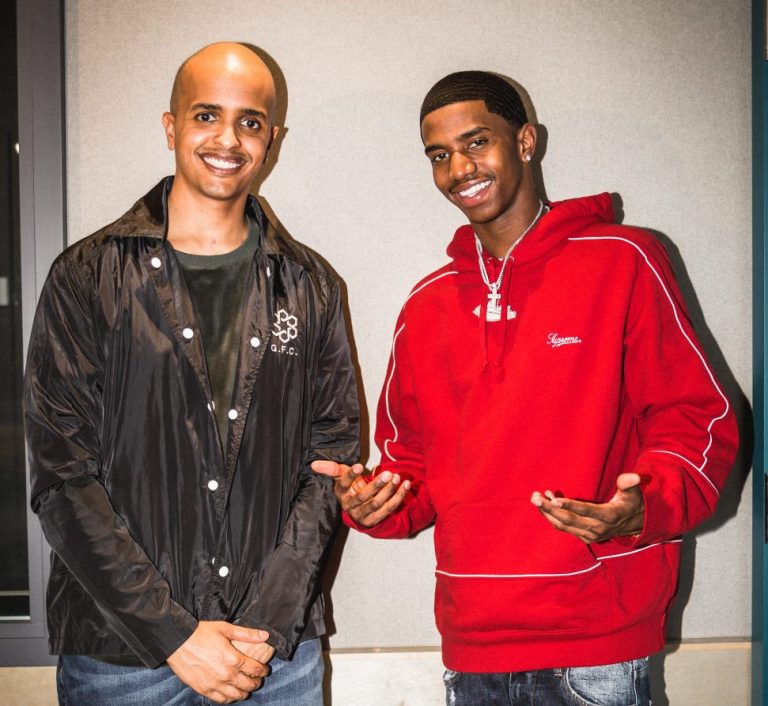 At the age of 20, Christian “King” Combs has a North American tour, and a mixtape, and friends with platinum records like Tank God. Regardless of being Diddy’s son, making it in the music industry was no walk in the park. “My pops pushes me really hard. He makes it seem like a full-time job. If I’m not up at 9 AM, I did something terribly wrong,” King Combs said to Chedo.

In this interview, King Combs, Tank God, and Bay Swag talk about patience, gratitude, and their new single. We get to hear advice from Diddy that has helped Christian in his career. Tank God also tells us the crazy story of how he produced the multi-platinum record “Rockstar.” Below is an excerpt from our talk, play the podcast to hear more. We’d like to give a special thanks to Get Fresh Company for providing Chedo the fresh fits. Chedo is wearing a Velour Top, DENIM 001 Jeans, and Palm Tree Dreams SS18′ Teamster Jacket which you can get at Get Fresh Company at 498 Queen St W or their website.

Chedo: So your dad’s known since you were four-years-old that he wanted to be a rapper, but [when] was it like ‘Hey dad I’m for real now’

King Combs: So he actually sat me down because over the years he kept hearing that I wanted to be a rapper over and over. So he was like if you really want to take this seriously and be a rapper you have to write your own rhymes, find your own music and really find a love for it, because you have to love what you do, it can’t just be temporary. He told me that I really need to take it seriously, and I can’t play with it.

Chedo: So you’re working on your first body of work, right?

King Combs: I just recently dropped my mixtape 90s Baby. That was my first complete body of work ever. I got a single with Chris Brown “Love You Better.” Me and Bay Swag just dropped a single “Type Different” it’s on  Apple Music, Spotify, Tidal

Bay Swag: Go get in now! [Starts rapping] Type different… Ballin like a piston… homie, when I talk you, listen… [Laughs]

Chedo: What is it like to be Diddy’s son, what are the common misconceptions and advantages?

King Combs: I want to say, number one, my pops pushes me really hard. He makes it seem like a full-time job. I’m not up at 9 AM, I did something terribly wrong. It’s not easy being Diddy’s son, everything is not just sweet. I don’t plan on just living off him, I want to build my own legacy and take the Bad Boy legacy for 25-100 more years. That’s going to take a lot of work and I’m up for it.

Chedo: What advice did he give you about music?

King Combs: Take it seriously and be unique to who you are. Don’t change for anybody, don’t try to be anybody else. Believe in what you believe in and go hard for that.

Chedo: Diddy is like a guru to all of us, so I’m going to ask you different categories that he’s imparted knowledge on you. What advice did he give you about women?

King Combs: Treat them with respect, treat them like how you would want your little sisters to be treated.

Chedo: What advice did he give you about business?

King Combs: Always work harder than the next business. Say I live in L.A. and everybody is in New York, they up earlier than me if I wake up at noon it’s already 3pm there so you already doing something wrong there. You’ve got to work harder than everybody.

Chedo: What did that teach you?

Tank God: Never be afraid, but you have to be prepared for the opportunity. You never know when God is going to give you your chance. You just have to be ready. Now, I got a number one… My first records were for Christian, but this was the first Apple Music, published, contract record. First official release for me at least. Coming off of that… I’m just trying to make more bangers. I’m not even on the 90s Baby project, but me and Christian got crazy stuff on the way.

Chedo: How much of this business is like that Post Malone story? You just bump into someone and it just happens.

Chedo: After you released “Rockstar” you said you were never going to give up on your dreams. You’re always going to push, no matter what.

Tank God: Before “Rockstar” I had the times where I didn’t know if I could actually do the music stuff. The music game is so slow, I didn’t know that before but you never know what’s going to come out and what’s going to happen. You got to have faith and believe in yourself. Once “Rockstar” came out, after that I knew I could do anything I wanted to do. I already knew that that’s why I kept working. That also taught me that whenever you’re down, you’re not actually down. Just keep working… God says there’s going to be trials and tribulations, so there’s going to be ups and downs but we all going to be winners. Well, I don’t know about everybody, but my team winning.

Tank God: I felt like I didn’t want to [go to school] anymore because I wanted to focus on the music. It just so happened that when I was on that route of not caring about school anymore, it came out. I had two weeks to figure out what school I was going to go to, but then “Rockstar” came out. My dad was on me that I needed to find a school now…

Chedo: So you didn’t even start school yet?

Tank God: No, because “Rockstar” came out September 15th. So I didn’t technically drop out because it was summer.

Chedo: Was the conversation easy with your parents?

Tank God: After [the release of “Rockstar“], yes. But I don’t know if anyone remembers but I was going through it.

King Combs: I remember that. He was like ‘should I stay in school? I think it’s over for this school.’

Tank God: Yeah, I would encourage people to stay in school. You just got to follow your God-given gift. That’s why my name is Tank God, it’s “Thank God” because God gave me the ability to follow my dreams. Not everybody knows their ability or their best attribute. We do. Some people don’t know their purpose and that’s kind of sad. We’re blessed at the end of the day.

Check out the photo gallery for the show at Everleigh- Thursday May 10th, 2018. Photos by Anton Mak 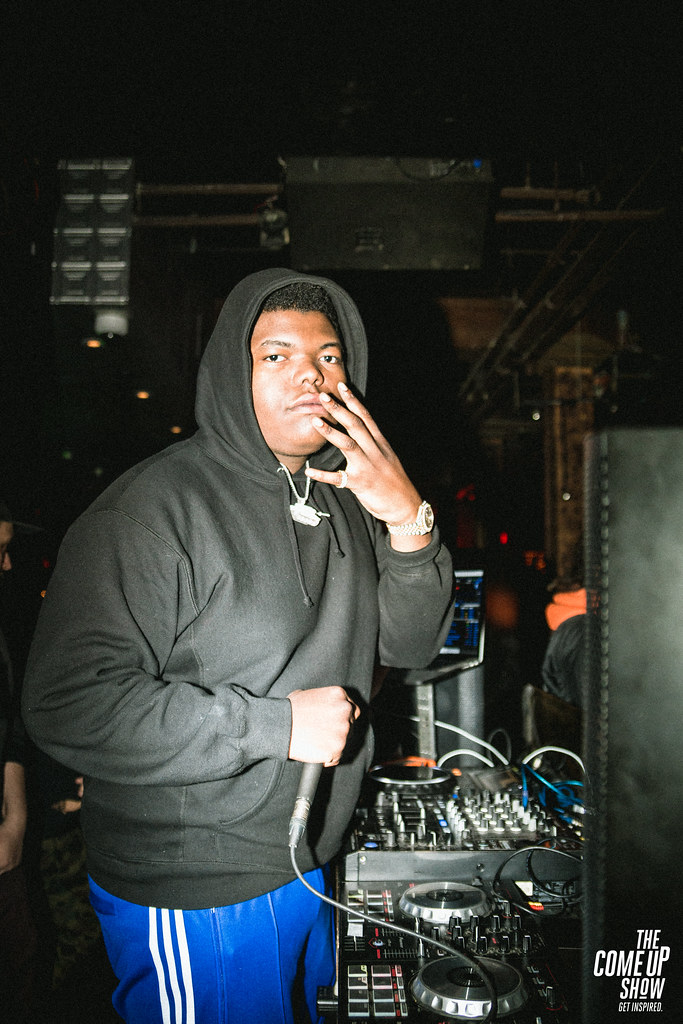