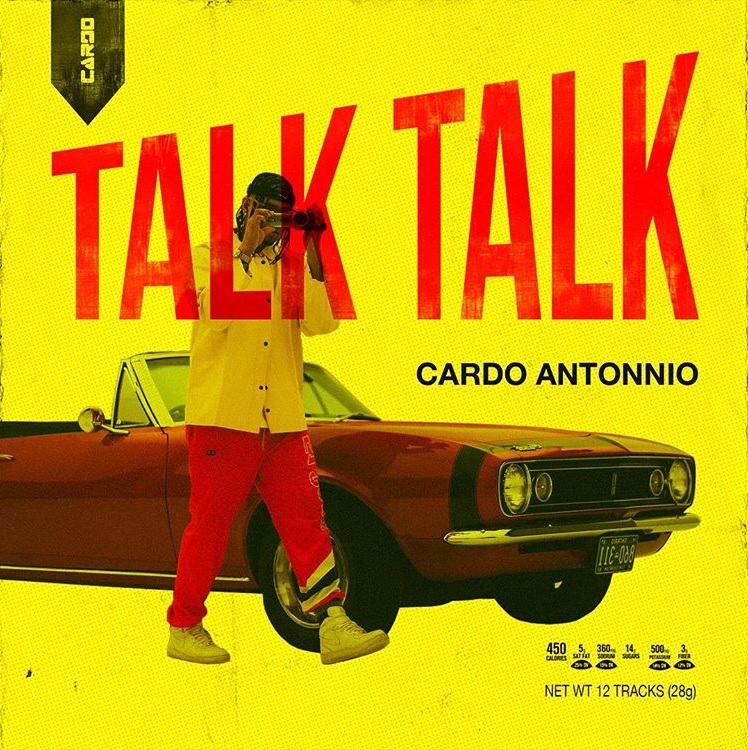 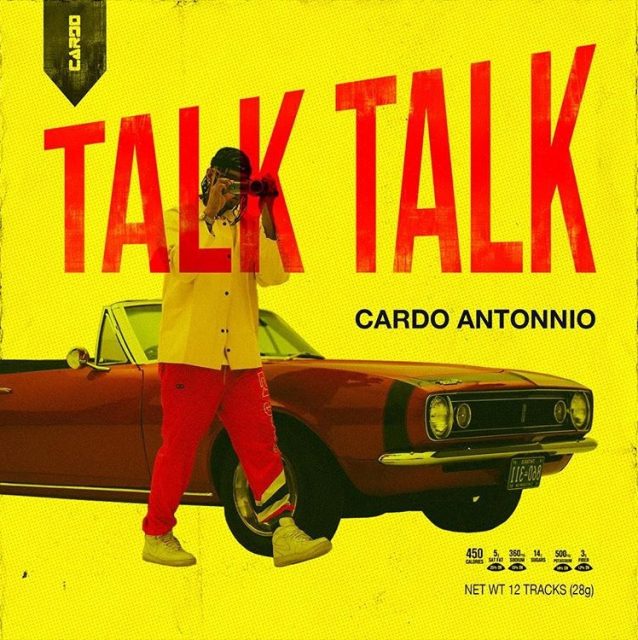 Following the release of his latest song Talk Talk, Cardo Antonnio and producer J Cortz release a full project under the same name filled with a handful of amazing tracks. Talk Talk bring two different vibes to the table, one being bouncy, optimistic hip hop with more uplifting production and witty wordplay, while the other side takes a more sentimental approach with a more ‘love song’ vibe like we find on Extasy. Slowed down production and more personal lyricism gives this project a two sided effect, that contrast each other very well. Cardo starts the project off with Talk Talk, the initial release building up to the project alongside a stunning video to tag along, a powerful initial release that stays relevant throughout the entirety of the project. Production is handled by none other than J Cortz, who has taken a plethora of approaches to this record, and each angle he attacks is right on target, whether the theme of the song is slow or upbeat. The record goes on to build on top of Talk Talk and take a similar approach with the same type of lyrics and production, but Cardo also gets personal on this record with more intimate tracks like Tell No Lies, seeing a new angle from Cardo.

My personal favorite track on this record is Su Amor, a track inspired by Cardo’s ethnic origin where he manages to rap in two languages and switch up between the two very quickly, smoothly and efficiently. The production ranges between Latin and hip hop themed back and forth to really ride the flow Cardo puts on the table, and of course its light work for J. The entirety of the record really keeps the listener entertained and doesn’t have any flat lining boring tracks. Overall a successful release from Cardo and J. Listen below.