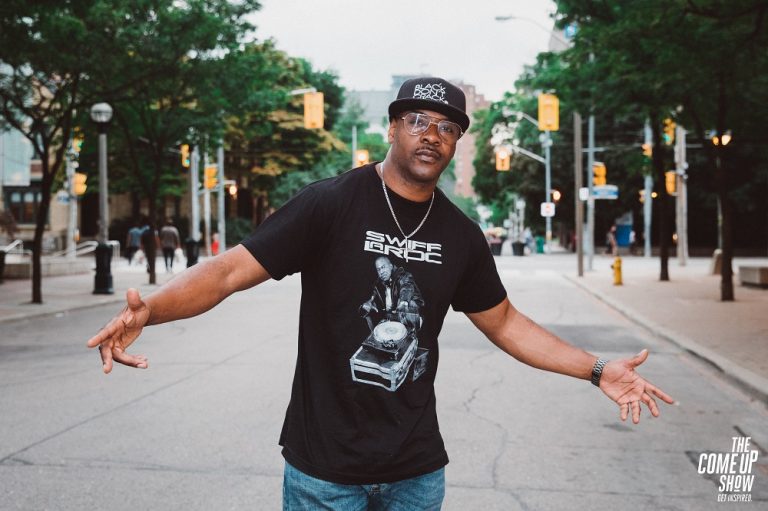 Maestro Fresh Wes: Toronto was a true underdog with an inferiority complex

He’s the godfather of Canadian Hip-Hop; he’s an artist, author, motivational speaker, and actor. I’m humbled to have Maestro Fresh Wes on The Come Up Show Podcast. In our conversation, we spoke about how Toronto had a hard time accepting success, how the city grew up in an era of being a true underdog and the inferiority complex we had to New York and so much more.

Maestro is going to be speaking more about his journey in detail Sunday, September 9th at the McMichael Canadian Art Collection for Acoustic Conversations. He’ll be speaking about his early years in Toronto’s hip-hop scene, his longevity in the industry, and his burgeoning acting career. Maestro will also discuss his artistic journey as a Canadian emcee in New York as he worked on his 1994 release Naaah Dis Kid Can’t be from Canada?!! The conversation will be followed by a live performance.

There’s also a photo exhibit happening at McMichael that goes until October. It explores the evolution and longevity of Hip-Hop and specifically Canadian hip-hop. The galley is open 7 days a week and there’s even an art bus that takes you from downtown. Check out all the info at the McMichael Canadian Art Collection website.

If you need a ride, there’s a bus that will take you from downtown Toronto to the gallery. The McMichael Art Bus travels from downtown Toronto to the gallery for only $15+ general admission. Return bus service to the McMichael leaves from the Scotiabank Contact Photography Festival headquarters parking lot located next to 80 Spadina Avenue (just North of King) at 10:30 am and leaves the McMichael to head back downtown at 3:30 pm. Check out the schedule and info on the website.

An excerpt from our conversation

Maestro Fresh Wes: You gotta remember, a lot of times in Toronto cats had a hard time accepting success on any level.

Chedo: From what perspective?

Maestro: Mainstream, everything had to be underground but here I am coming out and nobody had a reference point to how to treat a Gold selling artist. How do you do it? This Toronto, a Canadian gold selling artist. Everyone thinks they just as good or better. Why me? If it’s luck, it’s this if it’s that. A lot of people weren’t just ready, I was that guy the time, that was challenging too but there is a saying extraordinary people, will always have extraordinary challenges and I like to think of myself as an extraordinary person.

When you see how I’ve evolved in things that I’ve done and you know like I said 2019, will be the thirty year anniversary of Let your backbone slide which is the first single from Canadian Hip-Hop artist to go gold. First one to be on Billboard, the first album that went platinum in Canada and now it’s like nothing.