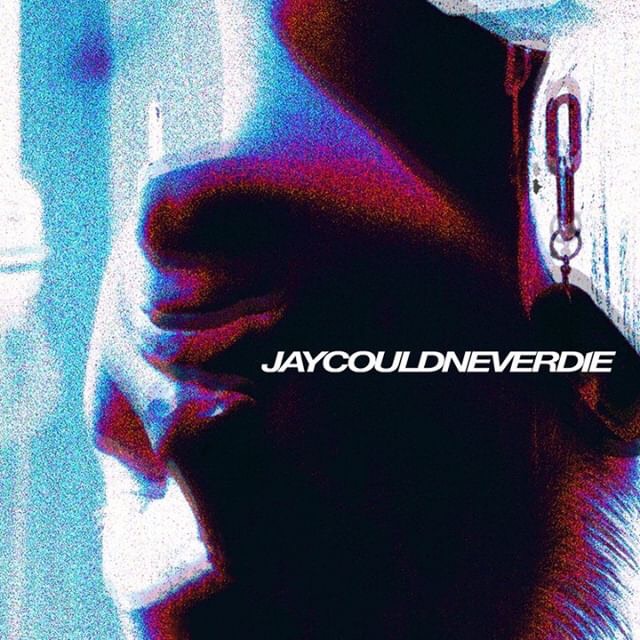 I say this time and time again, talent seems to creep out of nowhere in Toronto and yet again, we have ourselves another voice echoing throughout our city and landing on blog sites and crushing Spotify numbers all from their first debut project. Jaycouldneverdie is a female vocalist who arrived on the scene later in the year and put herself easily within the top 5 projects released, and here I thought the Toronto music scene for 2018 was slowly coming to a close, but it has only just begun for Jay and her team.

With a team of heavy hitters in the Toronto scene, Jay had paved a solid way for herself with a handful of singles released throughout the year all leading up to her EP which released just a few weeks ago. Taking this project in the past couple weeks has solidified herself as being one of the softest voices out right now, and easily placed her in my personal top 5 projects of the year. A 6 track EP that sits in your head days and days after taking it in. The soft, high pitched vocals echo through the Hip Hop inspired production, with a vast range of vocal practices and heart felt writing. With features on Complex, and 10s of thousands of Spotify runs, it’s easy to see how she made such a commotion with her initial release. The 6 track project shows Jay’s writing styles, the immaculate production handled by Sascha Andor and how she rides the beat, along with versatility and fluidity shown in multiple songs.

The EP kicks off with Progenitor, which means ‘a biologically ancestral form‘. A song in which Jay introduces herself and shows fluidity and versatility in her sound with 2 to 3 different switch ups in the flow and production. Within the first minute and 20 seconds, the beat shifts and Jay goes from slow paced singing to more Hip Hop directed vocals. Ending the song off with a mixture of singing at a quicker tempo than the beginning. A strong beginning to her project showing her skills and fluidity from the go, with memorable lines such as “It’s dark outside, and Jay could never die“, which quickly becomes her motto and the dark, sinister theme of the first track tends to creep throughout the entire project. The second track is Blueberry Love, a song in which Jay really flexes her vocal chords and shows the listener she can hit any note and executes the melodies perfectly. A soft noted love song with soft paced production that doesn’t over shadow any of the singing and the layers of vocals give the song a triumphant, choir-esque feel that I personally love. A love song in which Jay describes the ideal love that she misses and wouldn’t want to ever lose, easily my favourite track off the record and it’s the song that really got me hooked on Jay.

Following up to that is a similar song with a similar vibe. Gone is a vocal heavy song where Jay serenades the listener with heavier hitting bass and more prominent production giving the song a more emotional feel to it, with lyrics discussing past life and past friends and lovers she is slowly growing out of and persevering without. This song runs heavily in my daily mix and could be up there with some of her best work.

Lullaby is a track where Jay shows her true versatility and this is something a lot of artists lack. Some artists need a certain production pattern to perform, or simpler lyrics to vocalize, but this track takes a totally different approach from what Jay had been doing and she does it just as well as she did the previous ones. Lullaby is very heavily deep house inspired with deep house production underlying her vocals in which she slows down and takes a more Hip Pop directed approach. A track that takes a more uplifting, free spirited feeling and takes a step back from the slow paced, melodic serenades peppered throughout the album and focuses on lyricism and a higher tempo. Dripping Away is the longest, and most emotional track on the project, where Jay fights her feelings and aspirations with lines such as “I need you, but I don’t want you, be my baby, even though you want to hurt me“. A more personal song where Jay knows her flaws and knows she’s in pursuit of wrong but she needs to fulfill it for her own sake. Take a listen and see what you think!

The final track is Robot Baby, the most played song off the EP. A song where Jay explains her ideology of reprogramming herself and persevering from her mistakes and past life. “Robot Baby does what she knows, Robot Baby cannot find a home“. A song where she feels isolated and different from her past self or from others surrounding her. Take this project in and see what you can dig up from the mind of Jaycouldneverdie, a spirit full of life with a lot to say, and sometimes, the only way to speak to the masses is in the form of a 6 track EP and that’s what Jay did, and she did it immaculately. A perfect execution of how to arrive on the music scene in the dead of winter with an emotional, heavy hitting project that easily thrones itself within my top 5 projects out of Toronto this year and I cannot wait to hear what she has coming up in the New Year. Take the project in below!