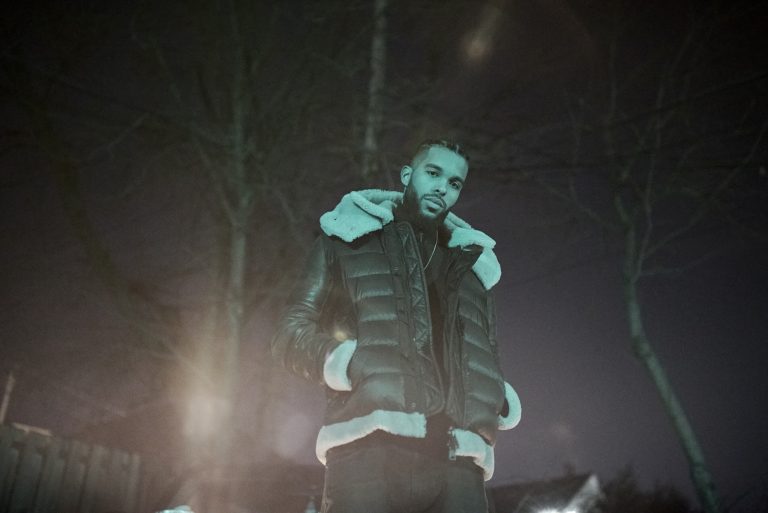 If the Mississauga skyline was put into a snow globe, Saudin is the voice it plays when it’s winded up, as no artist can encapsulate the Sauga sound so perfectly.

Mississauga is home to a plethora of artists and creative individuals who’ve made a name for themselves through their craft but outgrew the city, shifting towards the ‘Toronto Scene’ for a more familiar title to adjust to their fan base. Rarely does someone hold true to their hometown and their roots, and the one of the biggest artists to come from Sauga took a Break from Toronto and never came back. Except Saudin, the voice of Mississauga and the echo that serenades through the streets.

Saudin kicked off his music career just over 2 years ago and within that short time-frame has manifested a devout fan-base and a discography like no other. With 3 major projects under his belt and a list of singles, Saudin shows no signs of slowing down with yet another release to kick off a promising year. Been a While releases alongside stunning visuals from TunnelVision to give the listener a more intimate feel of the message, which in itself is more complex and personal than it seems on the surface.

The record itself is very personal and shows Saudin in a more vulnerable light, showing his emotions and affections towards his loved ones and opening up about perseverance and growing up. The track could be heard in the outlook of missing a girl or losing a loved one, but with the video, it begins to fit a more ‘family and friends’ oriented approach, showing Saudin with his love towards everyone and his endless sincerity to his loved ones.
The record discusses loneliness and singularity, in contrasts to a more positive time in which Saudin needed to achieve on his own, with short glimpses of very pivitol people in his life.

Scenes showing dF, the producer of this song, and 1K Emjay, two producers that Saudin mentions over and over again as being some of his closest friends and most desired partners, working on some of his biggest tracks together. More shots show old family photos of himself and his loved ones, ending the video off with a sentimental shot of the family enjoying each others company, giving the video a much more wholesome and personal feel, giving the listener and viewer a glimpse into Saudin’s life and how important family ties are, whether by blood or not.

This is a groundbreaking way to kick off the year for Saudin and his team and we can definitely expect more music on the way as he hits the ground running. Check out the visuals above and hit the Spotify link below to keep up with Sunset Saudin.