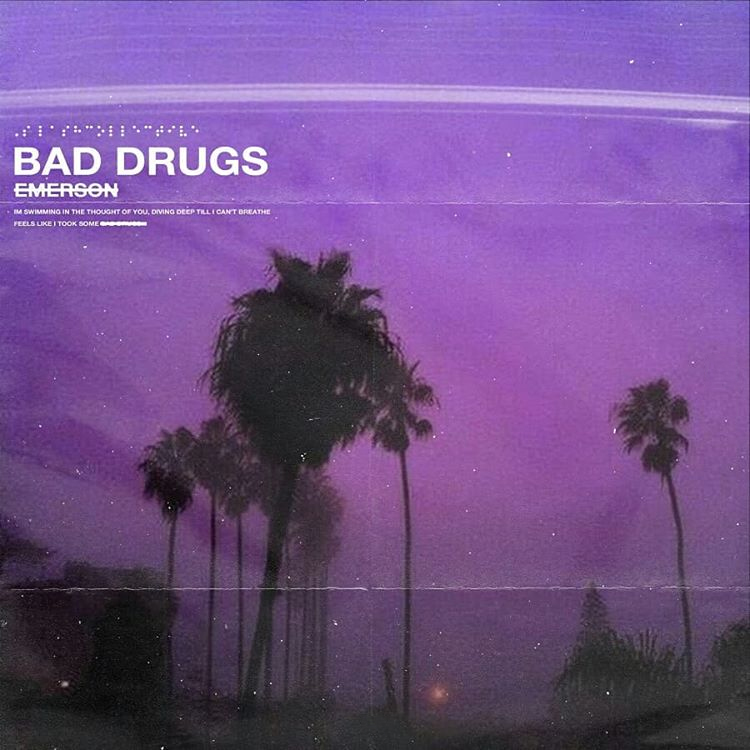 Emerson has been hovering over the Toronto music scene for a while now just waiting to strike, and the dawn of attack is very much upon us. I came across Emerson initially through anders as he began his career in 2016, but Emerson has been serenading and singing for long before that.

Perfecting his every note and every tone to rise on the music scene as something far greater than we imagined. With his project on the way, Emerson gives us a taste with Bad Drugs, a dark romantic record touching on the less pleasant side of falling for someone with selfishness, obsessiveness and jealousy on his mind along with the battle of being addicted and in love with her and the pain that comes with it all. All the downsides are beautifully contrasted to sound pleasant and calming with the help of Emerson’s melodic vocals.

The record explains the bittersweet emotions of love exceptionally, with the theme of bad drugs being a bad trip on love. The baggy design cover art is a nice touch and the spacey reverb peppered over the song puts the listener in head-space only Emerson can create. Smooth vocals and immaculate production is expected from Emerson and his team and this record is no exception.

Production was handled by SLMN, Asif, S-LUV, Alex Isaak, and Emerson himself. The group came together to create something beautiful and this only brings us closer to his upcoming project that’s been cooking for what feels like an eternity, but I have no doubt Emerson will deliver something timeless and beautiful.

Listen to Bad Drugs below!