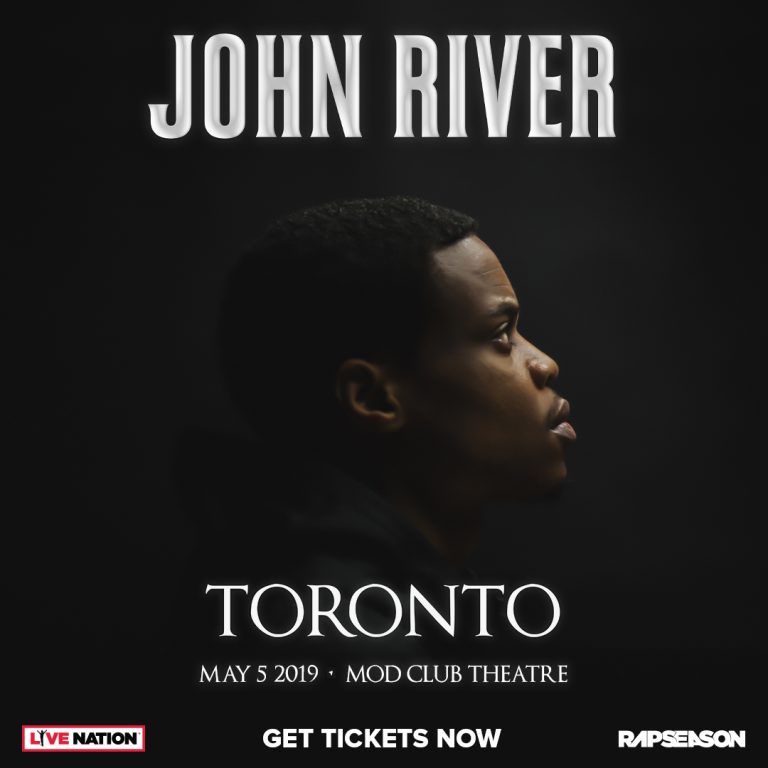 He’s literally back from the dead. It’s an amazing privilege to let you know that John River is doing a concert at Mod Club Theatre on May 5th. You know how people say, it’s going to be a night to remember? Well, this is one of those shows. Tickets are only 20 bucks get them now on Ticketmaster.

Born in the low-income Woodlands neighbourhood outside of Toronto, John River moved to Europe in his early teens after showing promise as a professional soccer player. The tragic murder of his cousin led him back home, where he dropped out of school and set his sights on rapping. A few freestyles and a music video quickly garnered him buzz in the city, so much so that XXL named him “The next artist to blow out of Canada after Drake”.
John River frequented headlines for his music and social activism.

However, in 2018, the young talent was found this time on national news as a mysterious health catastrophe nearly took his life, leaving him nearly paralyzed as he was hospitalized for the better part of a year.

With a miraculous recovery late 2018, the rapper made a comeback as fans excitedly announced him ‘back from the dead’. With the release of his first official debut mixtape in 2019, the critically acclaimed ‘The Academy’, River is off to a fiery start with no signs of slowing down – the young rapper finally looks set to deliver on the potential that’s been synonymous with his name.