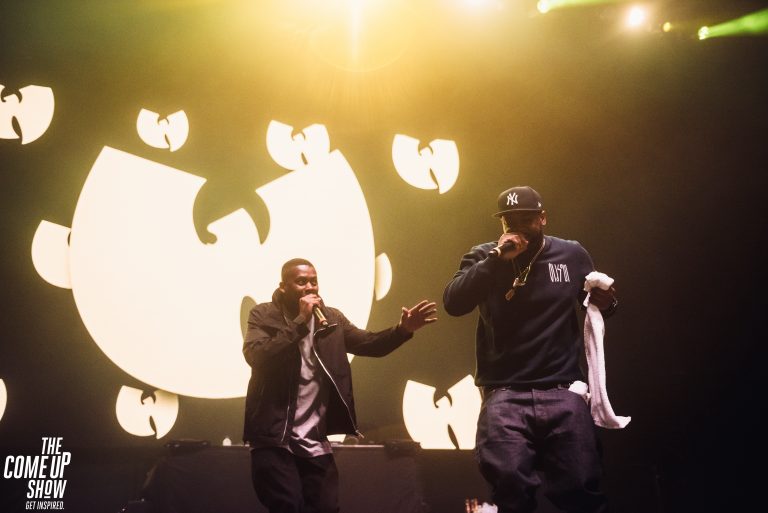 Matty Fest hit Echo Beach on September 7th, a food and music festival curated by renowned Canadian chef, Matty Matheson. Danny Brown was one of the midday acts, slotted between punk bands Metz and Gogol Bordello. Danny transformed the atmosphere with his hard and heavy flows, heavily influenced by punk. The crowd grew towards the middle of his set when he performed his song, “Grown Up.” Later in the night, headliners Wu-Tang Clan came out to the stage, introduced by RZA who led the pack. One by one, RZA brought out GZA, followed by Ghostface, Raekwon, Inspectah Deck, Method Man and finally ODB’s first born son rapping his father’s verses. With this being the 25th anniversary of Enter the Wu-Tang (36 Chambers), they packed their set list with no shortage of crowd favourite songs from beginning to end. The nostalgic Wu-Tang crowd was very happy with their performance, capping off the unique food and music filled Matty Fest. Photography by Harrison Haines.