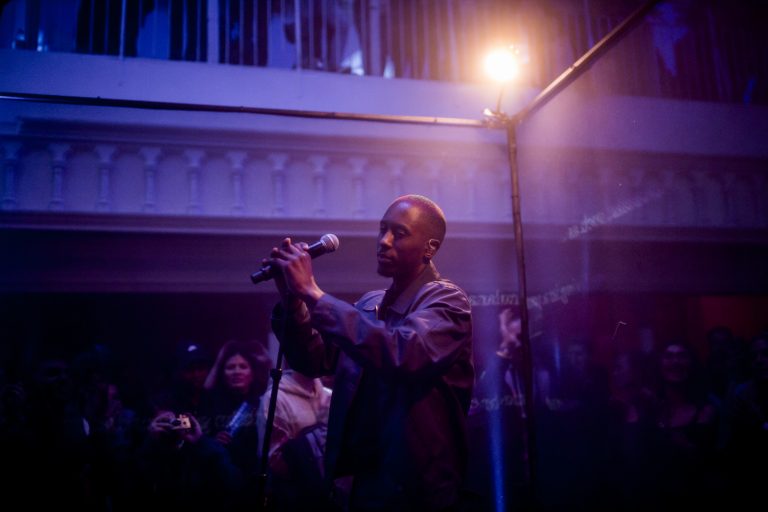 The Red Bull Music Festival happens every year, and once again, this year was a hit. With a weekend packed with events from Toronto to Montreal, there was no shortage of memories to be made, and we were lucky to hit up a couple of their amazing shows in Toronto.

Thursday started us off with a very intimate performance by Toronto’s own MorMor, an R&B/indie pop vocalist who has taken the scene by storm since his debut EP in 2015. Stacking the numbers and selling out shows, his incredible musical talents were reflected in the astounding amount of people that came to show love at the Berkeley Church. The beautiful interior of the classic building echoed the sweet serenade that showered the two floors of people looking into the center of the hall, onto what might be some of the best stage design I’ve seen in recent shows. A cube right in the center of the church with beautiful visuals set the mood. Fans showed up from all over Toronto and MorMor’s legacy was solidified in the hearts of old fans, and new fans such as myself. You can check out his music on SoundCloud.

In Conversation with Frank Dukes

Day 3 was a quieter, more educational experience in Regent Park, at the Daniels Spectrum. Music mogul and legendary producer Frank Dukes sat with Gavin Sheppard in front of a lecture hall full of keen individuals wanting to learn how the young producer made his way into the industry and how he came to be.

Adam Feeney, better known as Frank Dukes, began his career with record sampling and DJ’ing, meeting key artists and honing his craft over the years, he slowly formed into being one of the biggest names in music today, with a vast portfolio of writing and production for the biggest names out. Frank mentions his love for Hip Hop began from watching skateboard videos and took a shot at production from there. Since then, he had Dj’d and produced for numerous artists, growing his library of samples and beats and working with major artists, and creating a huge library of samples for purchase. Frank is an immensely successful artist and he claims he’s only getting started. The conversation was then thrown into the crowd and fans had the opportunity to ask questions and tap into the mind of Frank Dukes.