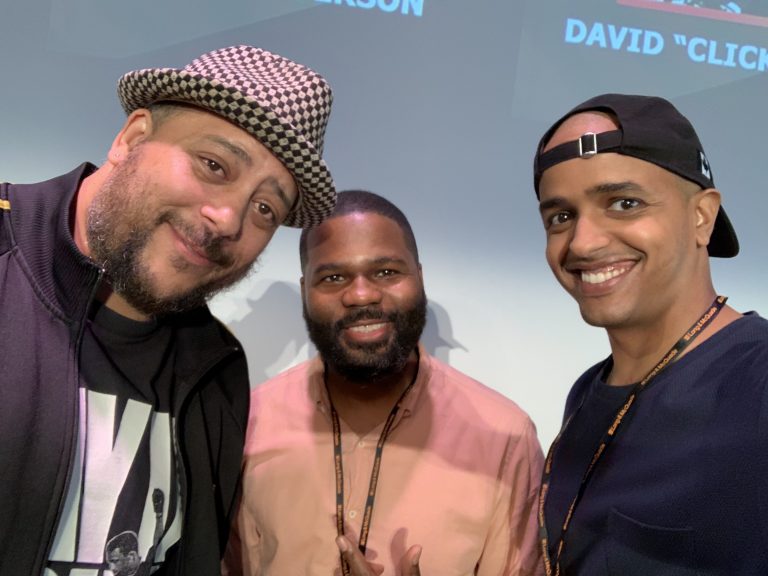 “You are going to have to serve two masters when you have a hit….”

I’d like want to thank D.O. aka Duane Gibson and his team for another successful Northern Power Summit. From the educational panels and networking opportunities, there was a lot of informational gems, jewels, MAJOR KEYS (DJ Khaled voice). I moderated the Next Level panel featuring speakers Chris “Deep” Henderson and David “Click” Cox which you listen to in full below.

Seemingly since the beginning of time, the hit single has been elusive, yet a huge source of pride for artists. As the industry has moved from radio spins to YouTube views to Instagram “likes”, what makes a hit these days? This panel will discuss how to determine success and how artists can find it in today’s music economy.

Christopher “Deep” Henderson is a multi-platinum, Grammy Award-winning songwriter and music producer whose hits include Jamie Foxx & T-Pain’s “Blame It” along with a host of others from artists like 50cent with G-Unit, Trey Songz, Mario, Dru Hill, Jacob Latimore and others. In a career now spanning over 18 years, this 3 time ASCAP Award recipient was listed among Billboard Magazine’s Top 5 Hot Hip-hop/R&B Producers of Year in both the 2000 and the 2010 year-end issues.

Currently, Christopher has founded and is developing a multimedia platform he calls SongBuildersTV. It is designed to connect and empower the creative community, providing professional insights and front row seat views to the process as songs are built from the inspiration phase to the rough mix. He also takes the show on the road as he hosts song building master classes at various music conferences around the world and through partnerships with various non-profit and community serving charities.

Henderson continues to work on both established and developing upcoming music projects.

David “Click” Cox started his career as a member of the MMVA winning and JUNO nominated group, The Maximum Definitive. Created reputation for his promotional and marketing efforts working closely with concert promotions company REMG. Soon after, he started his career working with BMG Music Canada and then worked at Universal Music Canada as A&R. During his time with Universal, David founded the Stylus Awards to celebrate the Canadian urban music talents and recognition of DJs. After 8 years with Universal, David created his own entertainment company, CLK Creative Works. Today, CLK is responsible for managing an eclectic roster of highly skilled and experienced artists including Ruben Young, SATE, King Reign, and DJ Agile. Along with management, David teaches music business at Metalworks and The Remix Project.