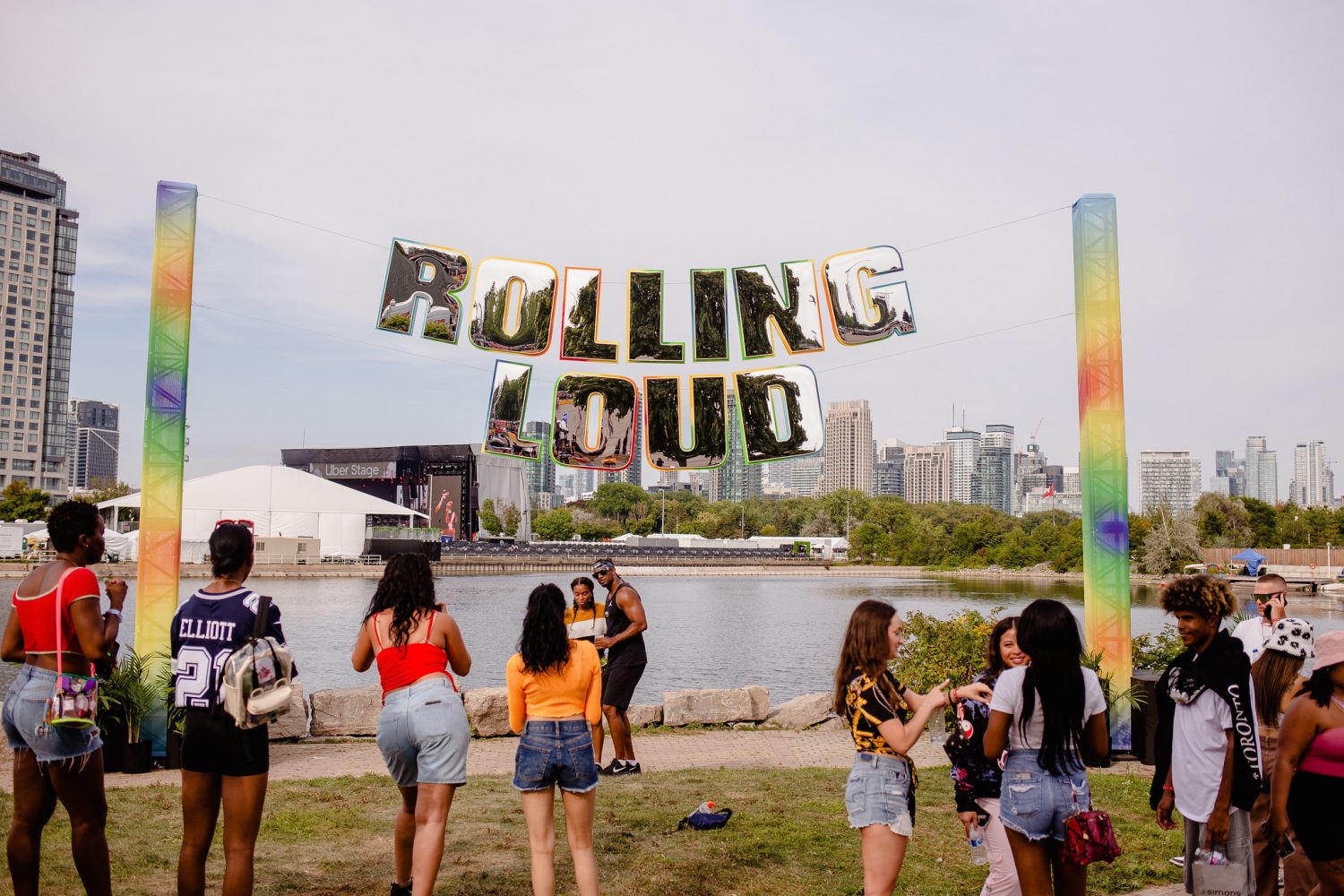 The first ever Rolling Loud in Toronto

Photography and words by Harrison Haines.

Toronto’s Inaugural Rolling Loud!! Before the festival began the city was BUZZING with anticipation, lots of rumours started stirring. “Who will Drake be a surprise guest for? Future? All three headliners?” To say the least the city couldn’t believe it was getting its first Rolling Loud!

Day one finally came. A very hot and sunny September Friday. I arrived for 2:30 pm to get my credentials picked up and many of the general admission (GA) guests had the same idea of coming early, probably due to it being the historic event of Canada’s first hip hop festival.

Once I was in the festival grounds so were many others. There was a large line at the main entrance for GA and once people was through security they were sprinting into the grounds and exploring / finding their spot to stake out for a specific artist. Day one was packed with tons of great acts; Central Cee, Roy Woods, Rae Sremmurd, A Boogie Wit Da Hoodie, Lil Uzi Vert, and many more artists with Dave as the closing headliner.

Once people figured out their surroundings, many picked the stage that had the most artists they wanted to see and waited until their favourite artist came on. Uber Stage, the main stage was stacked with most of the artists previously mentioned. That area was quickly filling with people, so once you picked your spot, you had to be committed because it hard to leave your place. Once the opening act K. Charles came on people were already going crazy and they kept the same energy for all of the acts that came out. Next up was Paris Richards then Duvy followed by DDG who of course performed his viral song Moonwalking in Calabasas. The sun was setting as Shenseea was performed followed by Toronto’s own Roy Woods.

Roy Woods put on an unreal performance and A Boogie Wit Da Hoodie was supposed to be next but instead a new set time is shown on the stage screens and Lil Skies name appears next followed by A Boogie with Da Hoodie and then headliner Dave. No Lil Uzi Vert on the list…the crowd gets curious and starts chants “where’s Uzi?!” And there’s no response for a while.

Finally Tariq Cherif the co-founder of Rolling Loud takes the stage and informs the crowd that Uzi had problems at the border and will not be making today’s show but will be possibly coming for Saturday or Sunday. The crowd starts booing, many people had bought tickets specifically for Lil Uzi Vert. They stood in the heat all day to keep their spot and to get a better glimpse of Uzi. Including myself. So once Lil Skies came on as Uzi’s replacement the crowd took it as a moment to take a break from raging. Skies called the crowd out for not being hype enough but they did keep the energy, it was just he wasn’t the person they were expecting to see.

A Boogie Wit da Hoodie comes out next and that’s when the pyrotechnics start! The crowd loved his set! He played the perfect amount of new, old, hype and chill songs. All around a great performance.

Finally after 5.5 hours of waiting the headliner Dave is almost on, with the feeling of Drake making an appearance still in the air. 9:55pm hit and Dave walks out in a slick matching grey coat and pant fit, with racing gloves. He had the show of the day in my opinion, no Drake cameo but an unreal show. He brought all of his UK rap hits and the crowd loved every single one, one lucky crowd member got to go up on stage and rap along with Dave even!

It was a great but tiring first day of Rolling Loud Toronto but everyone was excited for day two!  – Harrison Haines

After a wild first day, it was hard to see Rolling Loud somehow topping it.  Though day 2 easily met the quality of Friday if not surpassed it. As the gates opened at 3pm, fans began to flock inside the festival grounds. You’d think it was the new Yeezy drop or something from the intense speed/dedication of fans rushing to get a good spot at their first artist of the day’s stage. Keep in mind most fans were also still recovering from the previous day of moshing, dancing, and overall good times of Friday.

I found myself starting my day at the Bet99 Stage, the middle ground between the massive Uber stage and the intimate MooseKnuckle’s stage. Mellow Rackz took the stage at just before 4pm. She was the perfect performance to start the day, getting the fans hyped up for the rest of the day, while also allowing them to enjoy the chill vibes of her songs before the insanity of later acts. Rob49 & TYN Paco followed up, unfortunately 2KZ couldn’t make it due to unknown reasons. But his partner in music TYN Paco held down the stage without him.

Hot off her Juno win, Haviah Mighty followed at the Bet99 Stage. She brought the energy one would expect after winning a Juno and taking part in the first ever Rolling Loud in Toronto. Her set brought out a team of dancers and she even performed while showing off her Juno award. It’s also worth noting that all these artists were giving back to their fans. Supplying a large amount of free merch to the audience. Rubi Rose followed with a performance accompanied by a dance routine that; you could say definitely got the attention of her male fans.

Once Rubi finished her set, the stage and surrounding area became a non-stop mosh pit. Baka Not Nice, Aitch & Oliver Tree kept the energy high with circle pit after circle pit forming. Oliver Tree, even while creating mosh pits, gave the audience some much needed breaks from raging to laugh at some of his scooter tricks. He may not be joining the Nitro Circus anytime soon, but the entertainment value of his antics were high.

As the sun began to set, Lil Yachty followed by Don Toliver took the stage. Yachty’s fanbase is truly die hard and even with him performing songs off multiple albums; he had many fans rapping along as if all the tracks came off his most recent album. A highlight too many fans’ weekends will surely be when Lil Boat himself gave out hundreds of water bottles to the crowd to allow for a massive water fight during his final song. At the Uber Stage, Tory Lanez had his homecoming show, the crowd was hype! He even performed half of his show from the crowd itself, crowd surfing and stage diving from side to side. Don Toliver soon followed with a set full of vibes and almost psychedelic visuals for the backdrop.

With every new festival there’s bound to be some hiccups. Unfortunately, both headliners of the night Trippie Red at the Bet99 Stage and Future at the Uber Stage experienced massive delays to their sets. Only going on just before 11PM. Though for the fans that endured the wait, they surely left with a smile on their face. – Mac Downey

It’s always bittersweet on the last day of any music festival. But Rolling Loud Toronto went out with a bang. The day started with the gates opening at 3pm. Fatigue was starting to hit some of the fans as more were inclined to walk to their first stage of the day instead of a mad dash to the best spots. But there still were the super die-hard fans that somehow can run on empty; running like their lives depended on getting the best spot to watch their favourite artists.

Due to some cancelations, the schedule received a last-minute facelift, but thankfully the festival had the new schedule plastered on every screen so fans would not be misled to wait for artists at the wrong times. Between sets, fans flocked to grab merch, now realizing that their chances to grab some streetwear from the first ever Rolling Loud Toronto was getting smaller by the minute. It truly is an impressive feet how many options Rolling Loud supplied from a wide variety T-shirts to backpacks. They really wanted to make sure there is something that would fit all fans styles.

Even with it being the last day of the festival and most having to return to work the following day, the energy of the festival’s mosh pits did not stop. 3M French, Shakewell and Danny Towers being highlights of the middle of the festival day. Though safety is always a key to any good mosh pit. Danny Towers definitely will have gained a lot of respect from fans. As the artist instantly stopped his set to address an injured fan in the pit. While other artists may have slacked on addressing the issue, Danny demanded a full stop and due to his help; the injured fan was able to get quick medical attention.

The day was also filled with some great shows from Bleu, AJ Tracey who brought out Dave as a special guest to perform their popular song Thiago Silva together, OhGeesy, Pouya & Fat Nick, $not and more. But then is when a few hiccups for day 3 begin…

Sheck Wes, Lil Tecca and Polo G are scheduled to perform on the BET99 stage but all of a sudden a new set lineup displays on the stage screens. The screens read the next up artists would be Chromazz, a DJ Scheme set, Ski Mask the Slump God and ending with the $uicideboy$. So like day one a lot of the main acts are changing / canceling last minute. Lil Tecca didn’t show up to the festival lead to some of the lineup changes. Sheck Wes is now performing at Uber stage and Polo G at the Moose Knuckles stage.

So when the crowd sees Chromazz come out instead as the originally planned artists they were pretty annoyed since it was happening for a second time. Especially since she was set to play at a 4pm slot but now she is performing during a prime time 8pm slot. Once she came out the booing came instantly, the entire 10 minute set was filled with “booooos” and “get off the stage”. She fought back with the crowd confronting some the the first row crowd members, she even ending up throwing her shoe into the crowd at somebody. That’s when the crowd started throwing things back at her leading to throwing the mic and walking off stage.

Now the experiences of the last section of the day came down to what each fan was feeling. The Uber stage kept to a more laid back and vibes-based energy with Nav and Wizkid. But for those seeking to end the weekend with full madness, there was Ski Mask the Slump God followed by $uicideBoy$ at the Bet99 Stage. Nav performed many of his hits while showing nothing but love for his home, shouting out the many districts and communities of the GTA during his set.

As the night came to a close, Wizkid took the stage accompanied by a live band and fireworks. While not giving the same mosh pit experience as $uicideboy$. His set still infused fans with nothing but good energy, turning the crowd into a giant dance party spearheaded by the Nigerian artist.

As Rolling Loud came to an end and fans began to walk to the exit gates, the vibe remained positive. Friends could be heard exchanging stories of their favourite moments and guesses to what next year’s lineup will bring; and the good time they surely have at round 2 in 2023. – Mac Downey

Check out the full Rolling Loud photo slideshow below. Alternatively, you can also visit our Flickr page to view the photo album. 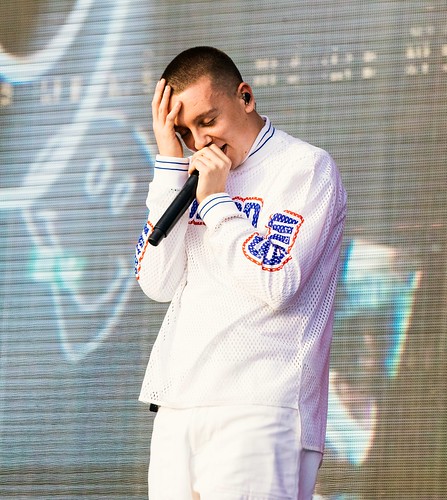