[Audio] Locksmith Interview on The Come Up Show Radio 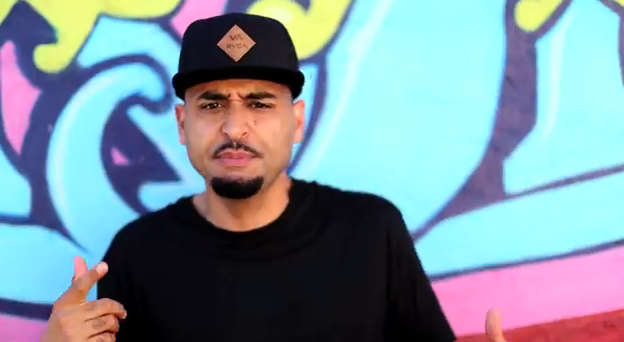 This is the most fun I've ever had as an artist because I'm making music the way I want to make it. Locksmith

We're really excited to bring you our interview with Locksmith on The Come Up Show Radio. This past Saturday we chopped it up with the Richmond, California artist for almost 40 minutes live on our radio show via phone, he just released his album The Green Box download that album right now if you haven't yet! The interview is conducted by yours truly, co-hosts M-Bomb and J.R. stopped by halfway during the interview. I learned a lot about Locksmith in this interview, we first started by asking Locksmith what he meant by the lyrics in the song Everything.

And this is not a fucking album. This is a byproduct of slided projects and 5 years of niggas doubting me

Locksmith answer naturally led to sharing his history as a musician starting off in a group, where he had a lot of commercial success around the bay area hypy movement, since he didn't see himself fit in that, he fell back purposely and started the solo route. Locksmith shared what that path was like including the success as battle rapper. Something you may not know Locksmith doesn't drink or smoke he shares with us why made that lifestyle choice and the experiences that made him to come to that decision. Other topics we touched on are Locksmith influences such as his older sister who also rapped, his cultural background as a half African American and Iranian, and the process of putting together the album The Green Box. Listen to this and SO MUCH MORE in our interview with Locksmith on The Come Up Show Radio. Tell me what you think of our interview and let me know if you learned anything new that you didn't know before, I know I did.
AudioRadioInterview Podcasts
·0 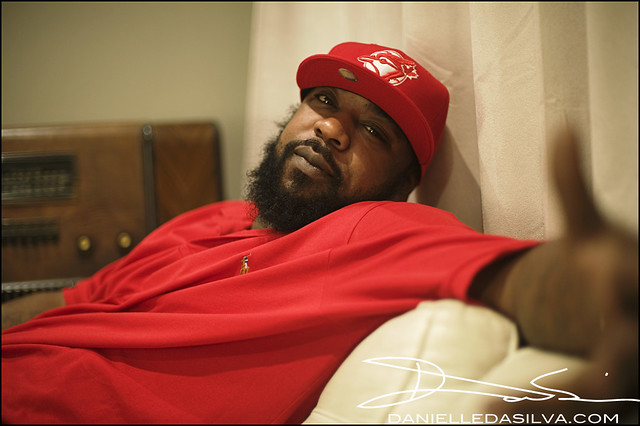 I feel like me, Roc Marciano's Reloaded, and Kendrick Lamar's Good Kid Maad City got the best album out! Sean Price.

After our interview with Moka Only on The Come Up Show Radio we called up Sean Price in his home of Brooklyn, New York. We started the interview by asking him how his trademark "P" came about and how the comedic sketches videos like the Rap Clinic and Seanwuar came about. Some people really thought that the Rap Clinic sketch video was real and asked Sean Price to see if they could enroll and I asked him if it's a good idea to have schools and to teach people how to rap. If you don't know Sean Price will be in Canada next week for the Mic Tyson Tour and I asked Sean what people should expect on this tour, he tells me a new thing that he does on shows is leave the mic in the mic stand throughout the whole show. Citing James Brown as his inspiration "I love James Brown, I'm paying homage, I'm always looking for ways to make my show better and if Michael Jackson can study James Brown, no reason why I can't". I asked him if he saw Action Bronson crowd surfing in Toronto a couple of weeks ago and he told me he will attempt to do the same on the Canadian Tour and asked us to promise to not let him fall or he jokingly said he will never come back again! Sean Price also tells us his favourite albums of 2012 and why he doesn't give away free music! Check this out and more in our radio interview with Sean Price on The Come Up Show and make sure to take a look at our previous interview with Sean Price and let me know if you've seen Sean Price live before and what you think.
InterviewsInterview Podcasts
·0

We called Moka Only live on The Come Up Show Radio as he is on the Mammal Revolution Tour all across Canada. Last night he was in Guelph for his tour and he also was going to perform with the Swollen Members as they were in town. This naturally led to the conversation about his current relationship with the Swollen Members, being that it's my first time going to see Moka live in concert I asked him what to expect at a Moka Only show. He stressed the importance of crowd participation and making the audience feel like they are part of the show. My favourite part of the interview is when I asked Moka what advice would he give to artists and everyone who is scared to quit their 9-to-5 and pursue their passion, he gave me the most insightful and meaningful answer that you just have to listen to it in the interview. I want you to share your stories if you are thinking of pursuing your dreams and quitting your job and what you think of Moka's advice. Make sure to also check out our previous interview with Moka Only and subscribe to The Come Up Show TV.
InterviewsInterview Podcasts
·0 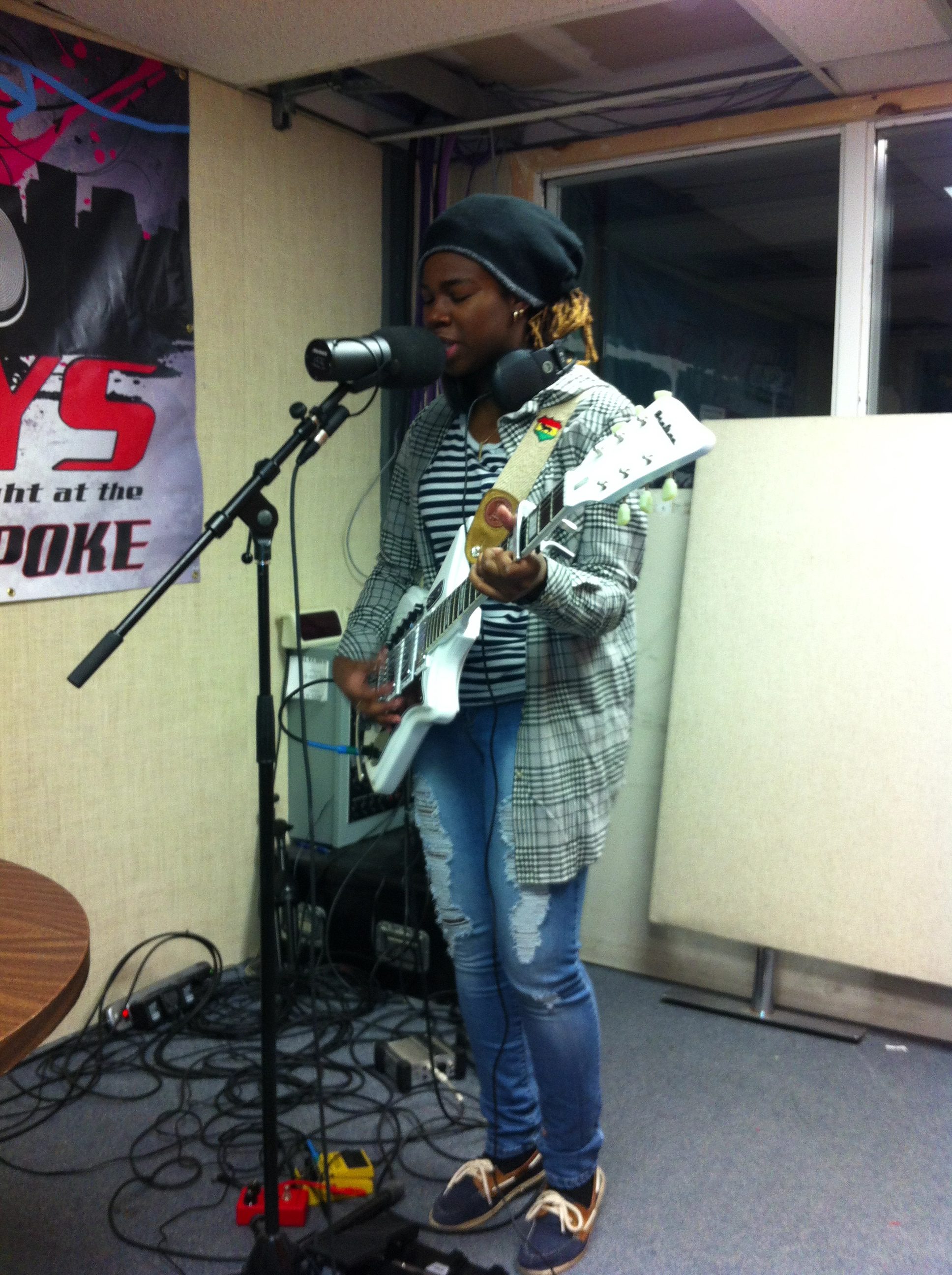 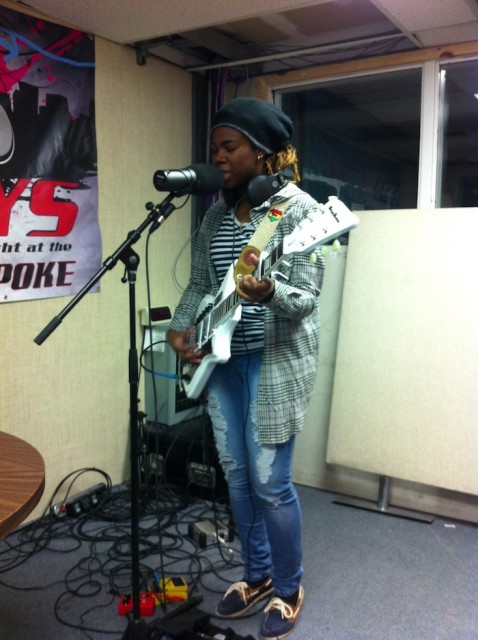 The EP is a story, a bad relationship, it's starts off by being alone and I've accepted it, I meet someone stuffs happens and it ends up badly. That is the concept of the record. Haviah Mighty.

I will never forget the feelings I felt after our interview with Haviah Mighty. To quote a listener "I was supposed to be in my car for 5 minutes but I ended staying inside my car for 45 minutes, she blew my mind!" Haviah Mighty has always found an effective way to emit emotion through words and poetry, as a child Haviah Mighty began vocal training at the age of 4, she sang for seven years it was when she was 12 that Haviah began combining her love for music and her love for language. Inspired by 50 Cent's Get Rich Or Die Tryin' she released her debut mixtape No Studio in 2010, #Eighteen in 2011, and her latest tape Bars, Girls, & Bars in 2012, which you can all download on her website. Performing her brand new records for the first time ever on radio we are proud to present Haviah Mighty on The Come Up Show. Check it out and let me know what you think of her!
VideosInterview PodcastsTV
·0

We called HD of The Upperclass Men in his hometown of Brooklyn, NY, the home of Biggie, Hova, Eddie Murphy, and I didn't know until HD mentioned it, that Michael Jordan is also from Brooklyn. If you didn't know already The Upperclass Men make their way to Toronto, London and Hamilton this week! HD told us what an Upperclass Men show is like, how the band came to be, talked about the Parachutes EP and more. My first time speaking to HD and I'm really excited to meet him and the band seems like a cool people! Listen to the full interview below and come out to any of the shows this week!