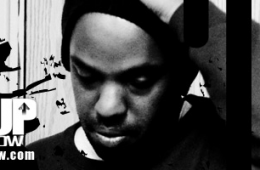 [Interview] Shad at Call The Office

Chedo
I was very excited to interview Shad once I found out he would be in our hometown. We talked about the new album, the people who inspire him, and we obviously caught his performance. Ch-check it out, brought to you by The Come Up Show and in association with L DOT ONLINE. 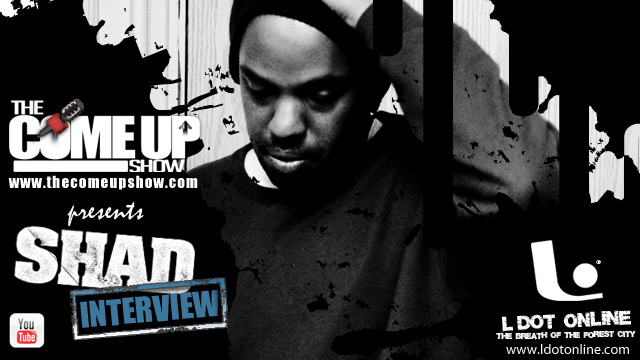 Shad K: London’s Prince of Hip Hop Written by Phillie from L DOT ONLINE For those of you unfamiliar with Shad, consider checking out the main page of his website where he showcases his sickening ability to freestyle for a recorded 6 minutes. Raised in London Ontario, Shad was born in Kenya to parents of Rwandan descent; and, in a few short years he has cemented himself as one of Canada’s best hip-hop artists (‘artist’ is used deliberately). His profound and conscientious lyrics mesmerize his audiences, as they are educated on Shad’s perspective of social issues that are relevant to us all. Listening to Shad’s lyrics, themes relating to religion, love, greed, racism, and many other characteristics of the human condition are all brilliantly balanced by two central components of his character, spontaneity and humour. Shad’s debut album When This Is Over (2005), was a self-made, self-financed venture, financed with the $17,500 he won from Kitchener-Waterloo’s 91.5 The Beat’s Rhythm of the Future talent competition. When This Is Over achieved broad appeal and respect, while receiving a sold amount of support from the grassroots hip-hop community throughout Canada. Following the success of his 2005 album, Shad signed with Black Box Recordings in 2007 and released his second album The Old Prince, which received much critical acclaim. The Old Prince (a clever play on words) is a thoughtful and thought provoking look into Shad’s perspective of various social issues. Shortly after its release, The Old Prince received a Juno nomination for Rap Recording of the Year and was nominated for the 2008 Polaris Music Prize. The future is very bright for this talented artist, who currently attends Simon Fraser University, where he is completing his Masters Degree. Recently, Shad gained some notable recognition from Kanye West when West posted Shad’s music video, for his song ‘Compromise’ (The Old Prince, 2007), on West’s blog. We can only hope that Shad continues to produce conscientious music that seeks to inspire, educate, and uplift. The Come Up Show’s DJ Chedo had the opportunity to interview Shad while he was in London (scheduled to perform at Call The Office). They discussed his next album, due out in May, his ambitions and the people that inspire him. To find out whom, check out the interview below. 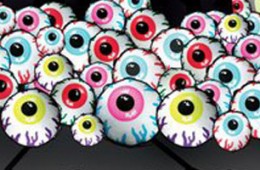 Chedo
These posters caught my attention, I looked at them for around 5 minutes at least. Do you remember the last time a poster made you pay attention to every det... Read More...
EventsPhotos 0 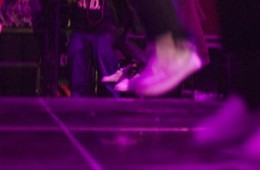 Chedo
Watch the interview right here We had the opportunity to see Classified live at Forewell Hall in Fanshawe College. As usual, every time Classified is in London I interview him, he expects my face now lol. Thank you to Classified for giving us access on the tour bus, we captured an interview and exclusive close ups taken by Danielle Da Silva, make sure to join her new fan page.