Check out The Come Up Show Podcasts. 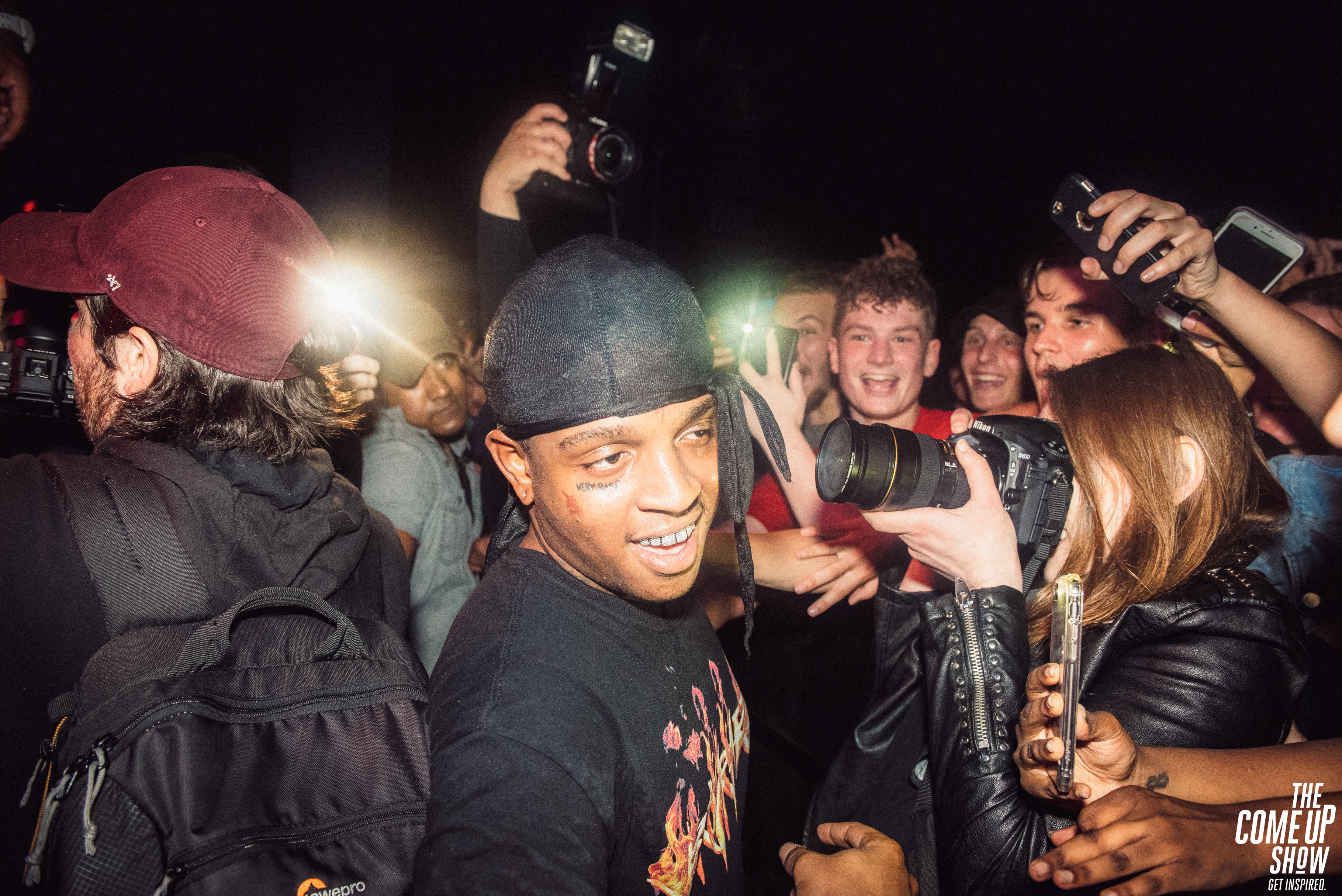 Harrison Haines
Ski Mask The Slump God had his first ever Canadian show here in Toronto at The Phoenix Concert...
AudioGalleryEventsPhotosArchives
· 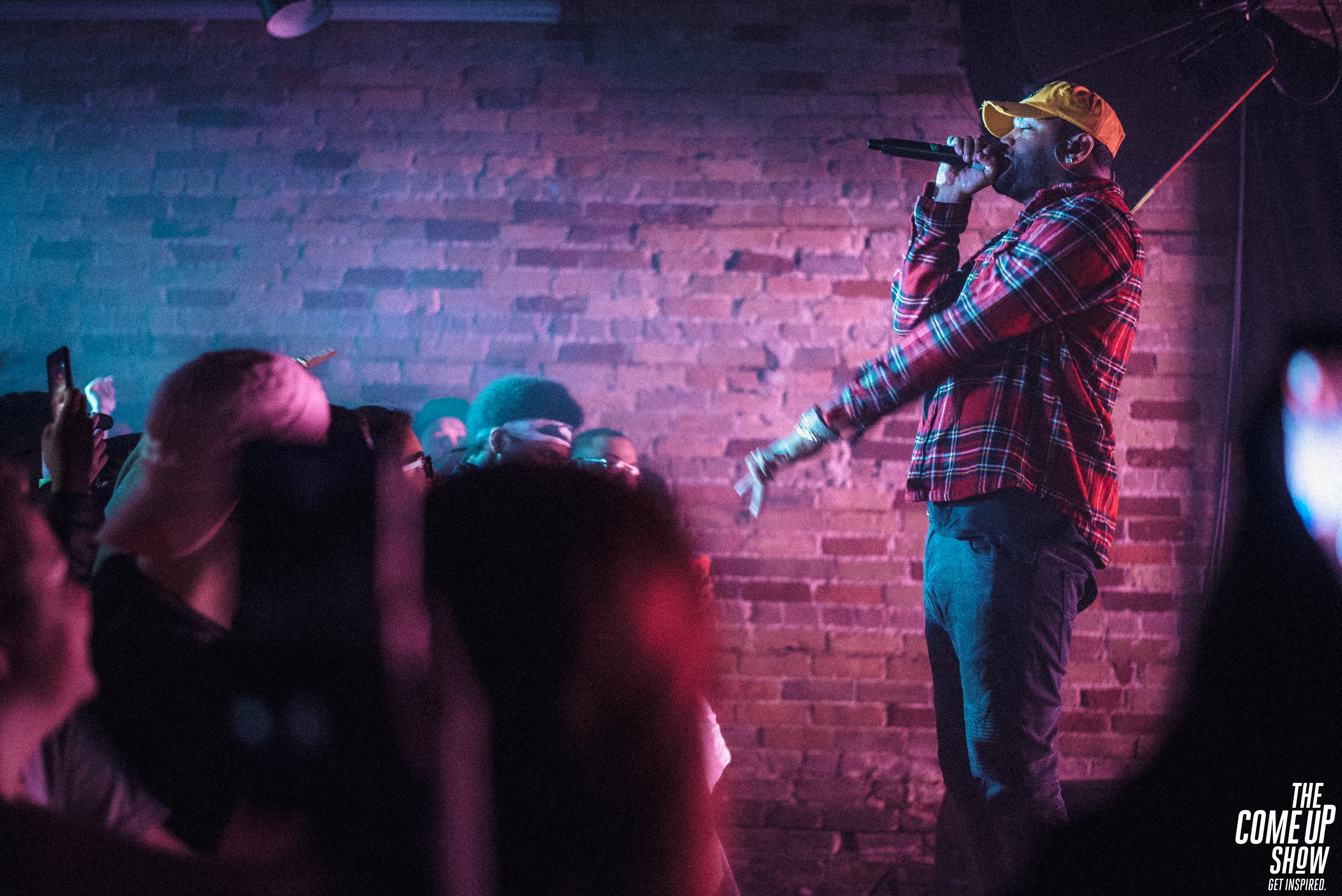 Harrison Haines
Joyner Lucas on the first night of his I’m Kind Of A Big Deal Tour @ Velvet Underground...
AudioGalleryPhotosArchivesNews
· 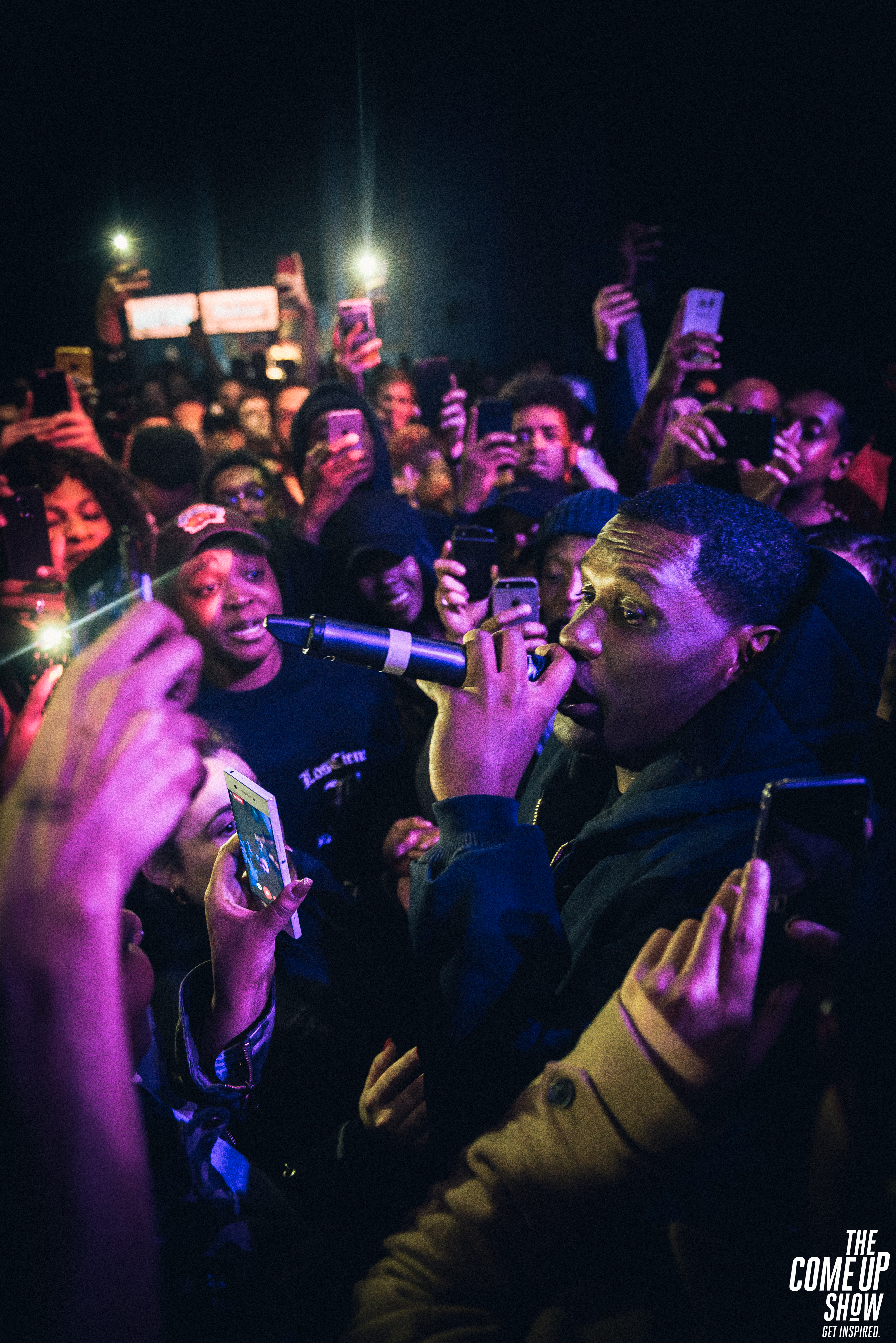 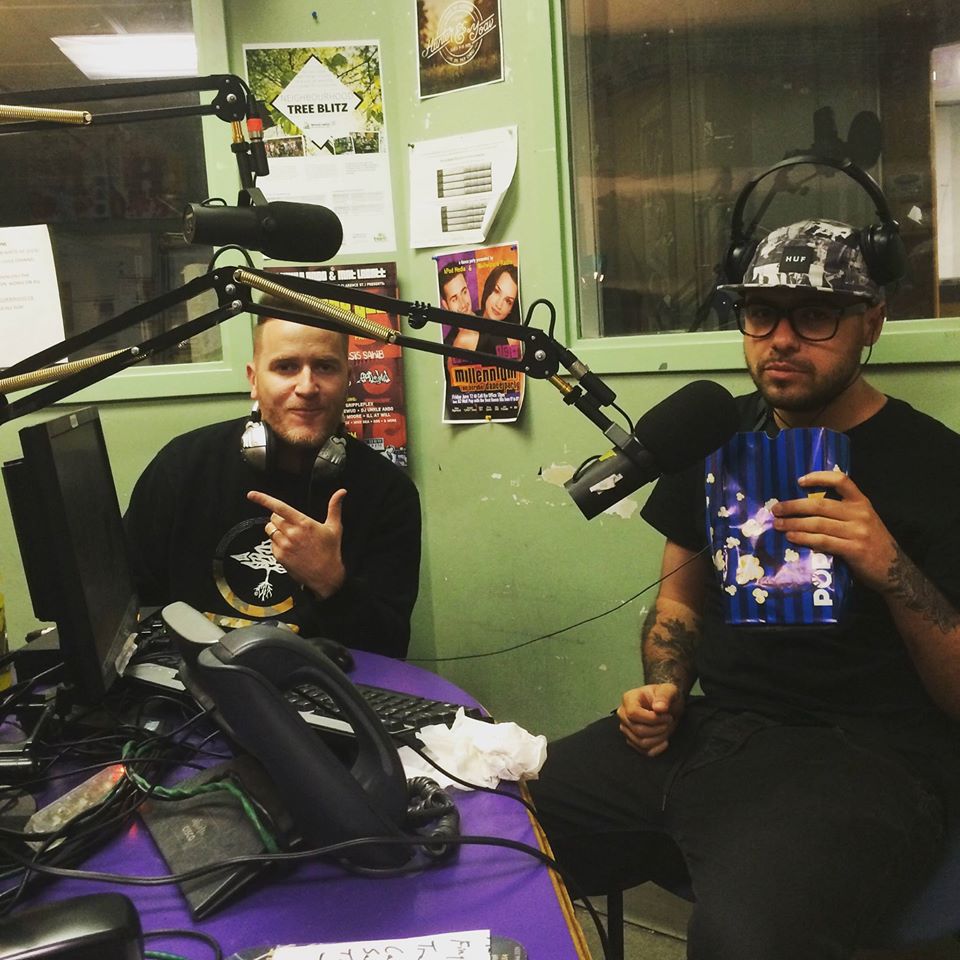 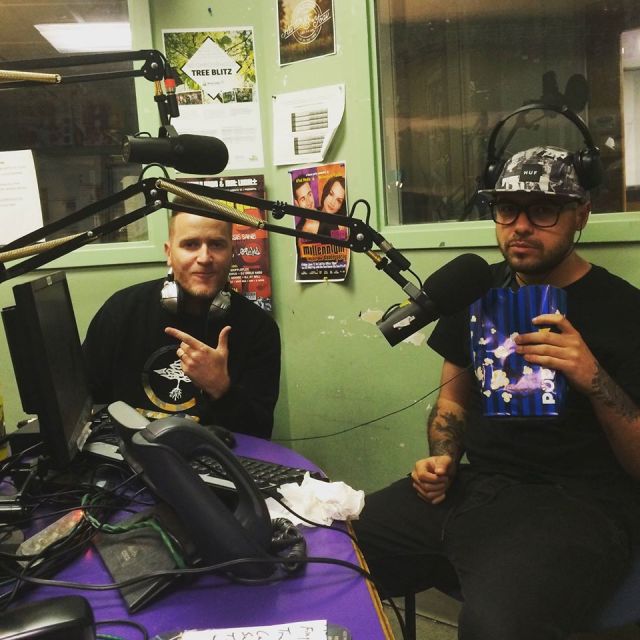 Earlier this month, the homies Relic and Ghettosocks made a stop at CHRW Radio Western to do some promo for Relic's The 13th Floor Tour. Fresh off his Toronto release party a few nights prior, Rel and Socks would make thier return to London, and bless the scene with a hype show at the APK. Before Rel and Socks hit the stage, The Come Up Show was fortunate enough to steal an interview with the two emcees- and as per Come Up Show tradition, the duo dropped some amazing freestyles for the listeners. Selecting classic 9th Wonder Beats as the cyphers backbone, Rel and Socks blacked out for this eight minute freestyle. You already know that Rel and G.Socks are two of the nicest in the game, however do yourself a favor and check out these frees to witness how talented the homies are off the top of the dome; so nonchalant you can even hear the rappers munching some popcorn in between verses. Hit the Mix Cloud link below to check the freestyles, and scroll down to peep Relic's latest project, The 13th Floor, produced by Fresh Kils.

Relic & Ghettosocks- "Come Up Show Freestyle" by Thecomeupshow on Mixcloud

Quickly reaching number one slots across various Canadian radio stations, Relic's latest release, The 13th Floor, is without a doubt the new Canadian Hip Hop Classic. Joining forces with producer Fresh Kills (a legend in his own right) Rel takes the listeners to new heights on this Hip Hop experience, experimenting with new sounds and of course, dropping that knowledge which Hip Hop heads have come to expect from the Canadian emcee. The overall theme of The 13th Floor focuses on Relic and his never ending quest to uplift the people through positive music. The versatility Relic has as an emcee allows him to paint vivid pictures of the world around him, and his place within it. The gems that Rel drops on songs such as "No Smiles" and "Look At Me Now" are centered around personal growth and change for the better. Concision tracks such as this make listeners reflect on some of the life decisions we've made in the past and try to learn from them; Relic's an honest emcee who reminds us at the end of the day, we're all only human. In contrast, thought provoking tracks such as "Fire In The Sky" touch on issues abroad. The bars that Rel drops on this joint gives a voice to those who are in need of one; and some food for thought to us Westerners who live life pretty comfortably. Projects like The 13th Floor are a necessity in Hip Hop culture...Remember when rappers use to make songs that had a purpose? Sometimes I turn on the radio and shake my head at the content that emcees are coming with these days- but then I remember there are still a few Relic's out there who make that real, uplifting Hip Hop music. Be sure to check out, The 13th Floor, and show some love to one of the best in the game.
AudioArchives
·

Our show is only an hour and a half today because of Western Men's Hockey game. These links are only up for two weeks as of today! You can stream the show on CHRW Website or download them directly. Playlist Clipse- Grindin Scarface- Guess Who’s Back Relic- Wink and Nod Dustin More- Only the Best Saukrates- FYOE Childish Gambino- Pop Thieves J. Cole- Power Trippin Tasnatta Interview Tasnatta- Say Goodbye Arys Dejon- The prelude Rich Kidd- Brick Jeezy & Kendrick- Holy Ghost royceBirth- The Shining Nelly- Roc the Mic Snoop Dogg- What’s My Name Big Sean- IDFWU Def-3 Shad-The Truth ASAP- Pretty Lord Floco Jay Z & R.Kelly- The Return Gangstarr- Ex Girl to Next Girl Childish Gambino- All Ya’ll JOIN US EVERY SATURDAY: Radio. You can tune in on 94.9FM CHRW and Rogers Ch 943 if you live in London, Ontario, Canada. Desktop computers and smart phones. For the rest of the world listen to the audio stream on the music player. Request songs.You can request songs by tweeting us @thecomeupshow or call us by phone is 1+ 519 661 3600. What: The Come Up Show Radio is an award winning Hip-Hop and R&B radio show playing the best of up and coming music from all around the world! When: Regular show is Every Saturday 6pm-8pm Eastern Time Zone.
ArchivesVideo Broadcasts
·
1 … 3 4 5 6 7 … 58