first of the month 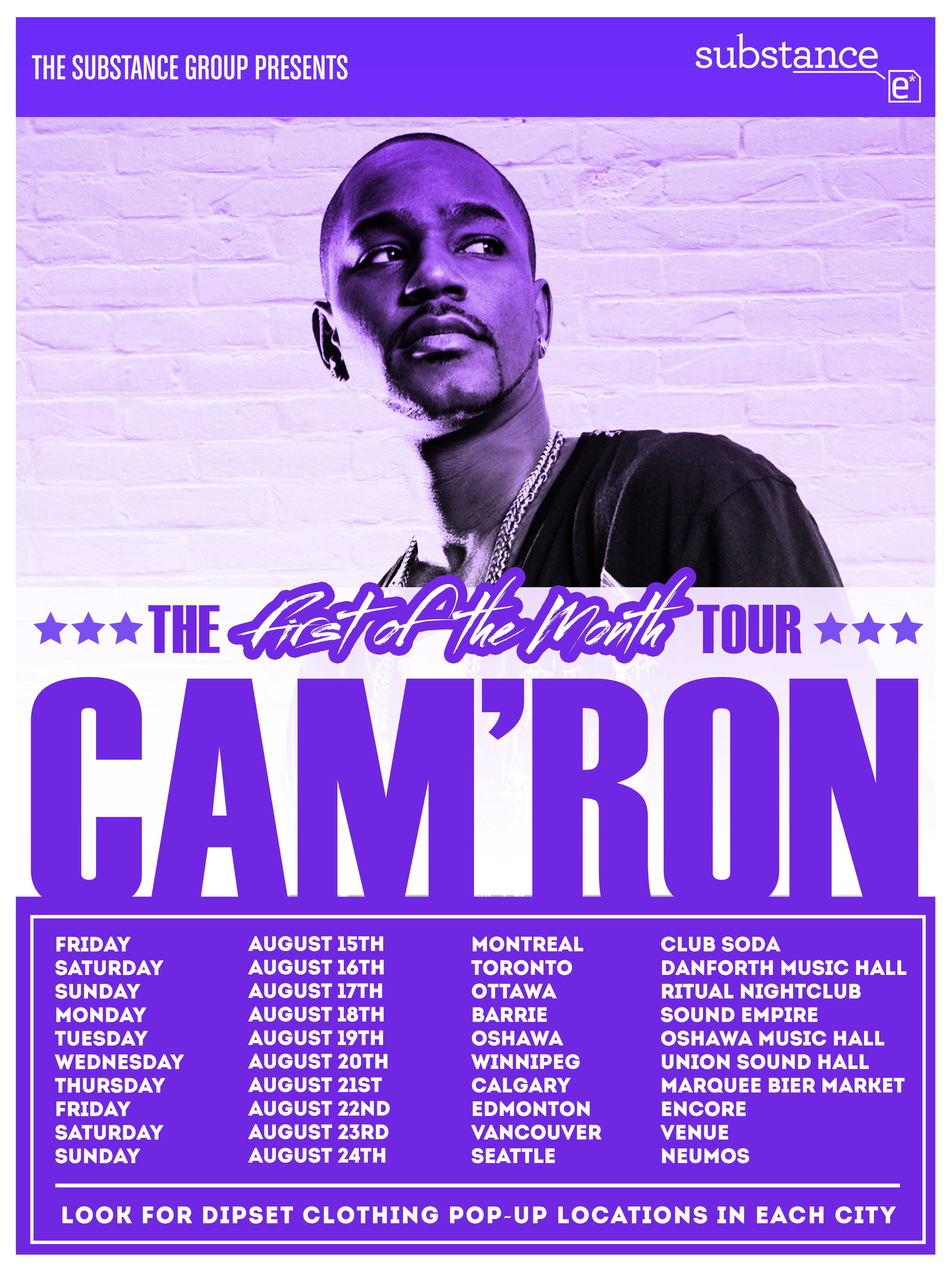 [Event] Cam’ron The First of the Month Canadian Tour Dates

As Cam'ron readies his First Of The Month Vol. 1 EP for its July 1st release, he is about to embark on an ambitious series that will see him dropping a new First Of The Month EP on the first day of every month for six months straight. This is about to be an exciting six months ahead of us and you can catch Cam'ron in Canada at the dates below. Starting off in Montreal on Friday August 15th and ending off in Vancouver as far Canadian dates are concerned. What city are you catching him at? Make sure to stay tuned into The Come Up Show subscribe to our newsletter on giveaways.