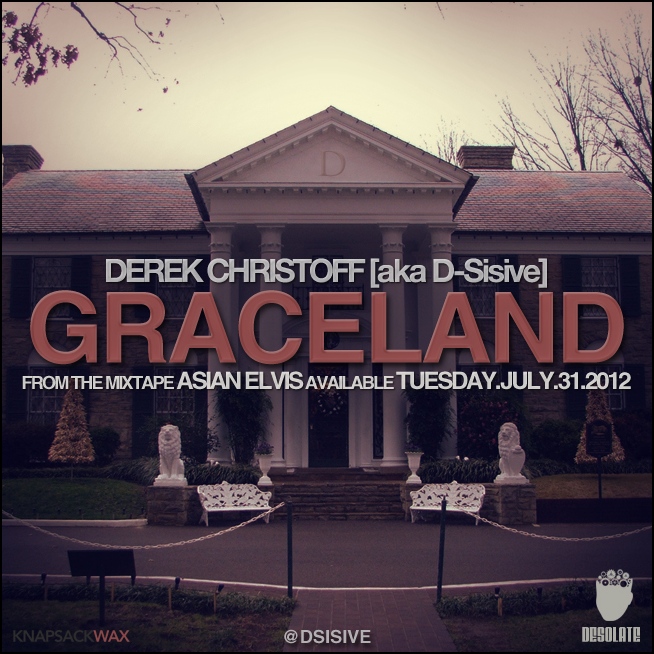 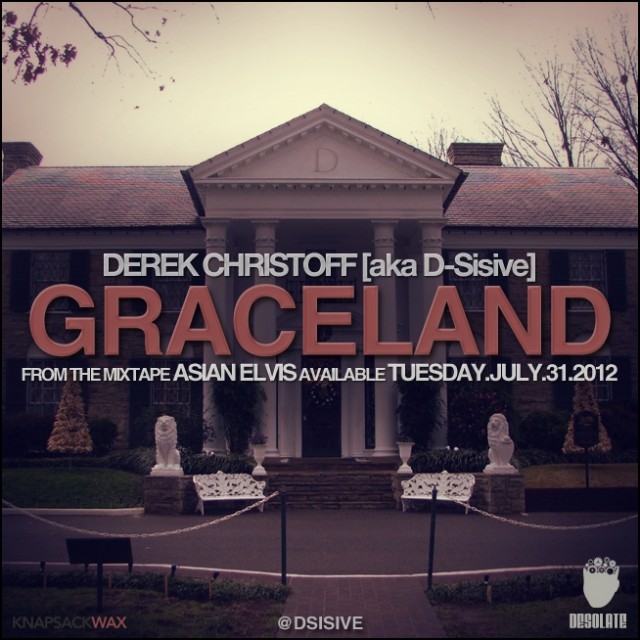 Derek Christoff aka D-Sisive just dropped "Graceland", which will appear on his upcoming Asian Elvis mixtape, scheduled for release on July 31st. On "Graceland", Derek rocks over the Black Milk-produced "Dada", off the Danny Brown/Black Milk collab EP Black and Brown. I'm definitely excited for Asian Elvis, as Jonestown 2 was one of my favourite projects of last year. Check out what Derek has to say and stream/download "Graceland" below.

This song has been through a few name changes since I recorded it last Tuesday. It was originally titled Bubba Ho Tep, after the Bruce Campbell film [for obvious reasons]. Then I renamed it Don Mckellar, after the brilliant Candian director/actor, for patriotic reasons. After sitting on that title, I decided to not give this one a NAME name. It's the Asian Elvis jumpoff so I wanted it to be simple. My home inspired the majority of the lyrics. Positively and negatively. So it made sense to go with the home of the mixtape's inspiration. Graceland. Let the games begin! Hope you enjoy. <3 Derek