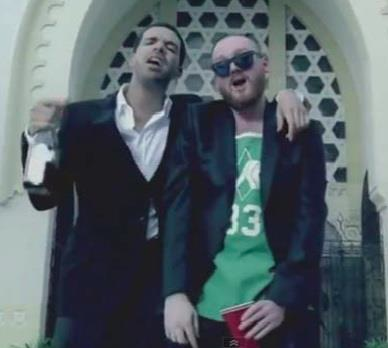 Ok, so remember that random bearded guy in the green shirt that appeared all throughout Drake's HYFR video? Well turns out he isn't just one of the lucky guests that got invited to Drizzy's re-Barmitzvah. I didn't have high expectations before pressing play on this one, but OB quickly proved me wrong. The self-produced track "Hamilton" pays homage to his hometown with some dope footage by the people at Figvrati Films. OB's sound has a cool vibe to it and he's obviously hanging around the right people to further his career as an artist. OB O'Brien runs his own record label called Funny Colour Money and has written and produced for artists such as Big Sean, Ace Hood, Saukrates, JD Era and others. Check the video to "Hamilton" and feel free to download below. Download: OB O’Brien – "Hamilton"
Videos
·