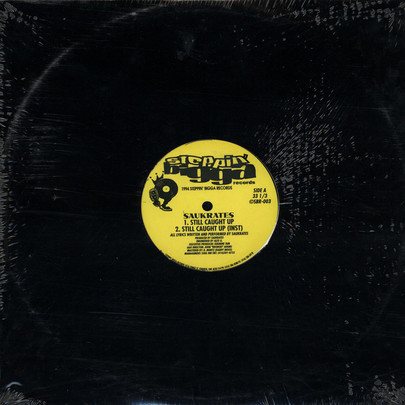 Martin Bauman
Interview by: Martin Bauman "Saukrates might be the best trifecta artist in North America. Beats. Singing. Rhymes. Name someone else that can do all three well." Adam Bomb's words are absolutely true. From his debut twenty years ago on "Still Caught Up" to today, few -- if any -- come close to touching Saukrates in all categories. It's a crime that for all of his ability, his name hasn't quite permeated the masses on the level of his peers. Blame it on a string of bad label situations. In two decades, only two solo albums and one group album have seen the light of day: The Underground Tapes in 1999, Big Black Lincoln's Heaven's Caught on Fire in 2006, and Season One in 2012. It's no wonder that Saukrates feels like there's so much more ground to cover, and with a self-titled solo EP set for release on September 23rd, there's no better time than the present. We caught up with Saukrates to talk about his Amani EP, overcoming obstacles, the 20th anniversary of "Still Caught Up," and much more. Listen to the podcast above and read the interview after the jump.
InterviewsInterview PodcastsJournal
·