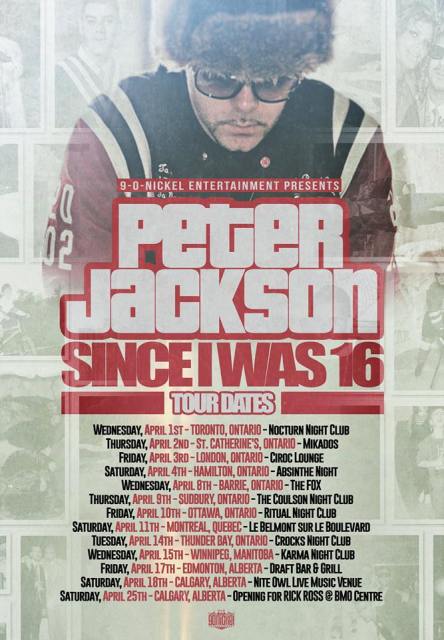 Starting April 1st, Peter Jackson heads out on a Canada wide tour with 9-0 Nickel's newest member, Sese accompanied by a live band. Beginning in Toronto, they make their way around Ontario, skipping over to Montreal before making their way to the west coast. Peter Jackson's new album Since I Was 16 is available for pre-order right now, giving you the title track "Since I Was 16" featuring JRDN. Sese making his way across the country with PJ is something you don't want to miss either, as one of Canada's hardest working artists - and personally seeing him live a few times, this is one show you don't want to miss. Each date is opened by local openers, as the London date has Treetop, Sentral Soldiers, Jux Cain, Young Prince & Kid Royale opening the show over at Ciroc Lounge. Peep the full tour dates and get at your local promoters in each city for tickets. I know for a fact each show is going to be huge. Don't regret not going!
Events
·