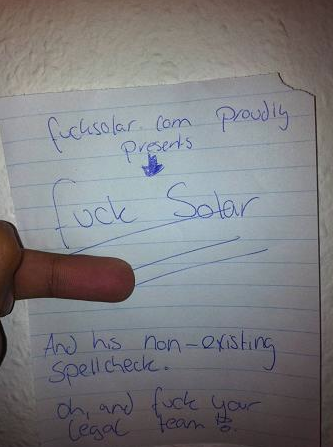 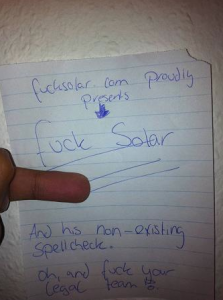 Because rap lives and breathes from the fumes of haters and juicy beef wars, it makes sense that those who made  The Houston Press' "Rap's 10 Most Hated People" list are some of the more successful artists in the industry. The antics and ridiculousness of listed artists like Rick Ross and 50 Cent lay at the heart at most people's love/hate relationship with commercial rap.

Except one, who remains mostly just hated. Since Guru passed earlier this year, there has been a swarm of controversy surrounding Solar and the suspicious events following his passing. There is even a fully operational and upkept site dedicated to documenting his downfall. List author Rizoh puts it this way: "it wouldn't be a stretch to suggest that Solar probably walks around with a bullet proof vest and a loaded gun. No, seriously, he'd be an idiot not to stay strapped 24/7... Congratulations, Solar, you're officially the faex of the hip-hop community."

CONTINUE READING to peep the listees.