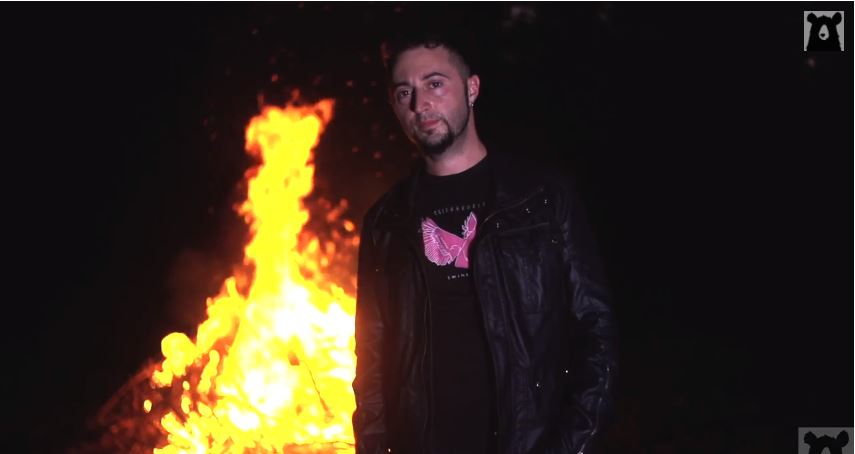 Camobear artist Josh Martinez just recently released his album Blotto , dropping the first of the visuals created for the project, he releases a video for "Ashes" featuring Evil Ebenezer. Shot by Stuey Kubrick, you get a glimpse of what it's like for the life of a touring artist and the everyday occurrences that are faced when in the midst of a relationship as well. Quoting the songs write up, "Between his woman at home, the pull of the road and his drive to create, everything burns hot". Take a look at the visuals for Josh Martinez's "Ashes" featuring Evil Ebenezer and grab yourself a copy of Blotto if you haven't yet.
Videos
·

Evil Ebenezer's long awaited, highly anticipated album HOWL was released three days ago, and to follow up with that Evil Ebenezer drops a video for the track "Sunshine" off it. Directed and produced by Stuey Kubrick, Evil's new video takes you around some water front areas of Vancouver. Although the title of the song may throw you off, the song is more metaphoric as Evil Ebenezer talks about his career so far. Take in the video and be sure to purchase your copy of HOWL afterwards! Purchase: Evil Ebenezer - HOWL
Videos
·

Vancouver artist Evil Ebenezer's forthcoming album HOWL is out in just over a week and I couldn't be more excited to hear it. Giving us something to preview before the release, Evil Ebenezer dropped a video today titled "These Streets" which was directed and produced by Stuey Kubrick. Talking about life in the streets, the visuals take you for a ride throughout the journey and features appearances by Snak the Ripper, Prada West, Caspian and Nicky Scarfo. Watch the video for "These Streets" and pre-order your copy of HOWL if you haven't yet! Pre-Order: Evil Ebenezer - HOWL
Videos
·