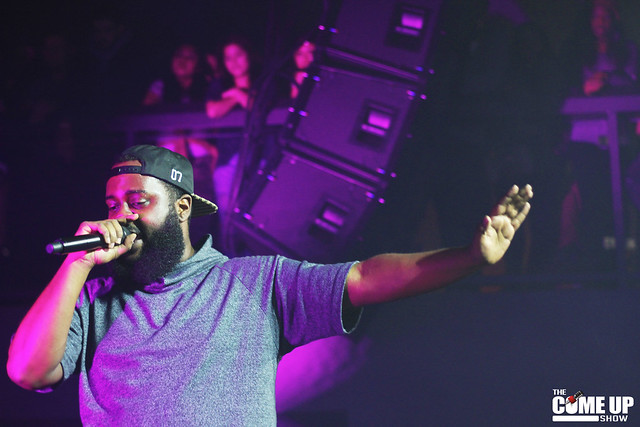 We caught up with Dreamville's Bas on the Canadian leg of J. Cole's What Dreams May Come Tour. A lot of love was shown and we sat down for nearly half an hour to talk about his steadily-rising path to success, including what he's learned from being on the road with J. Cole, how he's been able to turn his dreams into a reality, and why it's his last winter. We talk about all of that and lots more (full writeup after the jump). Watch the interview below.
InterviewsTV
·

[Interview] Bas talks finding his sound, “Last Winter,” and how a mushroom trip led to signing with J. Cole 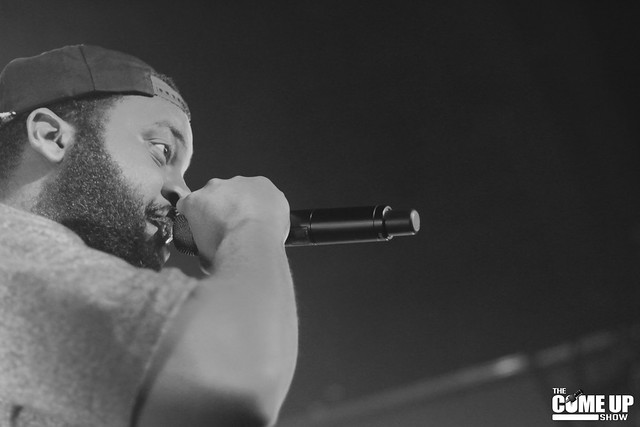 Interview by: Martin Bauman If Jamaica, Queens rapper Bas has his way, 2014 will be his last winter. The newest addition to J. Cole's Dreamville Records team has his sights set on a transformative year, one that will see him and the rest of the Dreamville team make the jump from being known only as J. Cole's crew to becoming fully-established acts in their own right. After three years of honing his craft and performing across the world, Bas believes he's ready for the next step. It's been an interesting path to get to where he is. Growing up with two brothers in the music business (one a deejay and the other the President of Dreamville), it wasn't until May 27th, 2010 that Bas tried his hand at rapping after being pushed by a friend. Fast forward nearly four years, and he sounds like he's been rapping for much longer. His stage presence -- cultivated after studying his Dreamville labelmates on tour -- is equally polished. While there's still plenty of room for growth, Bas has proved that he belongs. We caught up with Bas to talk about finding his sound, his upcoming project Last Winter, how a mushroom trip led to signing with J. Cole, and much more. Read the full interview after the jump.
InterviewsJournal
·