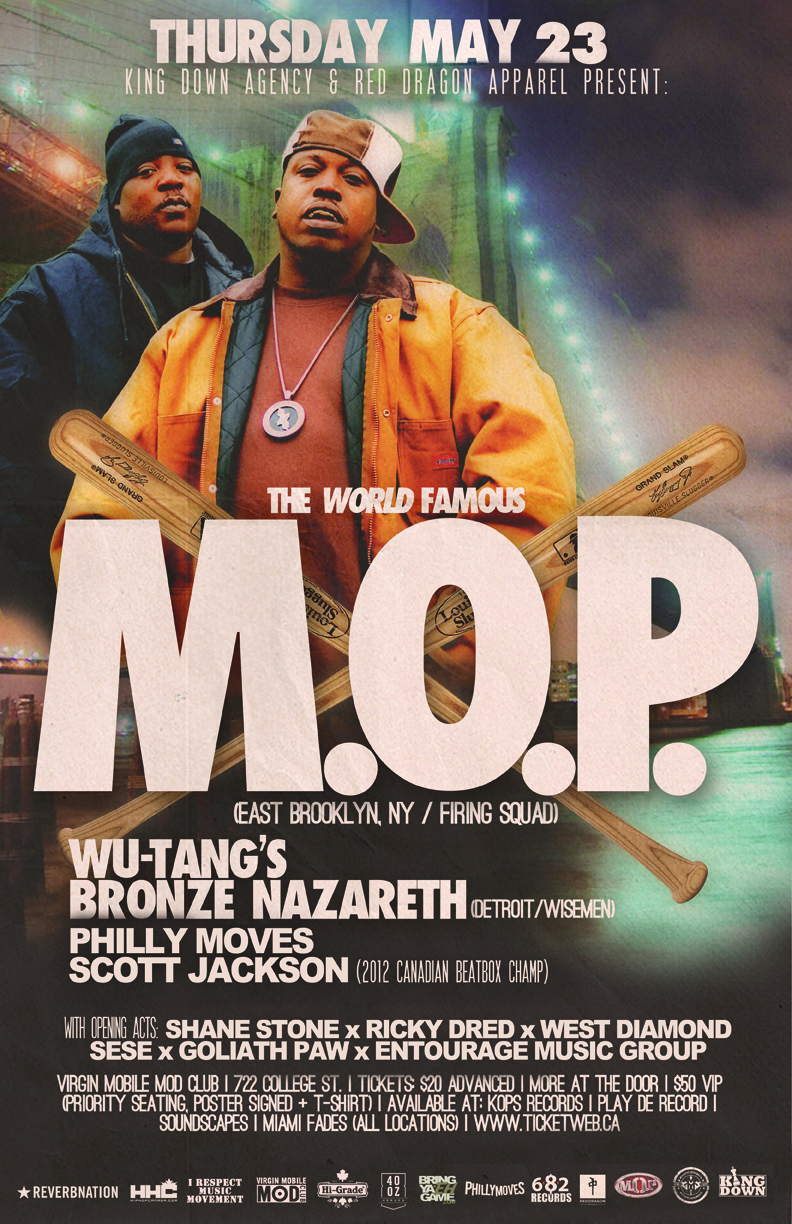 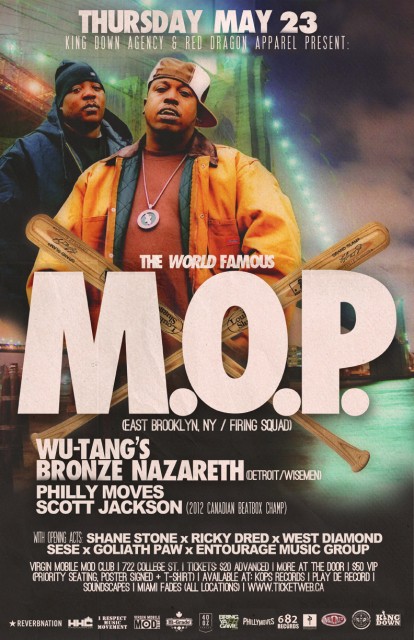 On Thursday May 23, 2013 legendary NYC Hip-Hop crew M.O.P. will be performing at The Virgin Mobile Mod Club in Toronto w/ Bronze Nazareth, Scott Jackson, Tona and Philly Moves. The event will be hosted by Robbie G of I Respect Music with DJ Adverb on the 1 and 2's. The duo, composed of Billy Danze and Lil' Fame, is known for the aggressive delivery typically employed by both emcees. Although they maintain a strong underground following, they are mainly known for the song "Ante Up," released on 2000's Warriorz, which they have had mainstream success. What: King Down Agency & Red Dragon Apparel present M.O.P. Where: The Virgin Mobile Mod Club, 722 College St. West, Toronto When: Thursday May 23, 2013 Admission: Doors Open 8PM | $20 Advance at Play De Record, Soundscapes, KOPS records | Tickets available via TicketWeb
Events
·