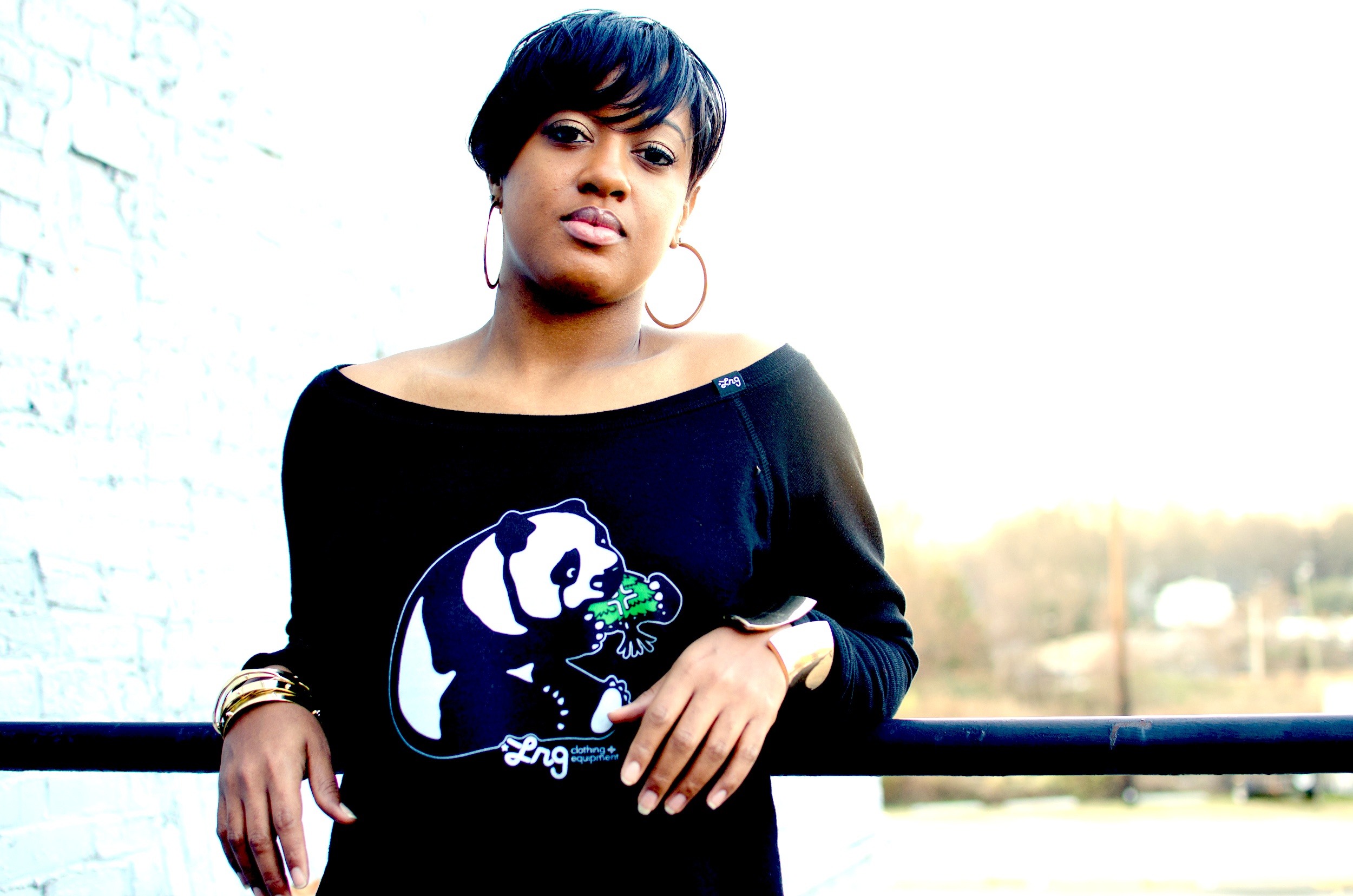 Martin Bauman
Interview by: Martin Bauman Make no mistake: for all her humility, Rapsody is not an emcee to be overlooked on the microphone. On "Hard To Choose," the budding Jamla star raps, "The quietest in the room is the baddest one like Durant." The more you think about it, it's not that far of a stretch to compare her to the NBA's reigning MVP. Both entered their respective fields being thought of as too soft to succeed -- Durant, for his wiry frame, and Rapsody, for being a woman in a male-dominated genre. Durant shed that misnomer in Oklahoma City's first playoffs series win in 2011. Here's how ESPN writer Royce Young described the moment:

Kevin Durant, who had dropped 41 points, including 14 in the final five minutes, stalked along the baseline, right in front of where owners Clay Bennett and Aubrey McLendon sat. With his teammates hanging on his shoulders, Durant popped his jersey and bellowed, "This is my motherf---ing team!"

Nobody was questioning KD after that. As for Rapsody? That defining alpha moment could very well be her latest offering, Beauty and the Beast. After steady growth on The Idea of Beautiful and She Got Game, the Snow Hill, NC emcee sounds like an artist who has finally found her voice. The rhymes and delivery have always been there. The difference now is in her confidence, which shines through on every track. Three years after Durant's alpha moment, he had his MVP season. It's only a matter of time before Rapsody has her own. We caught up with the Jamla emcee to talk about meeting Jay Z, where her confidence comes from, carrying the torch from the likes of Ruby Dee and Maya Angelou, and much more. Listen to the podcast above and read the interview after the jump.
InterviewsInterview PodcastsJournal
·

Locksmith's newest album A Thousand Cuts is a hip-hop heads dream, content, bars, all around great music. "Who I Am" is one of those songs that really make you think, especially because Locksmith lays it all out. The good and the bad. "Who I Am" is one that takes you on a journey through who Locksmith is as a person, outside and inside the music. One of my favorite tracks off A Thousand Cuts. The visuals give you a sense of life when taking them in, Locksmith and Brian Storm filmed it themselves too! Take in "Who I Am" and go grab yourself a copy if you haven't yet!
Videos
·