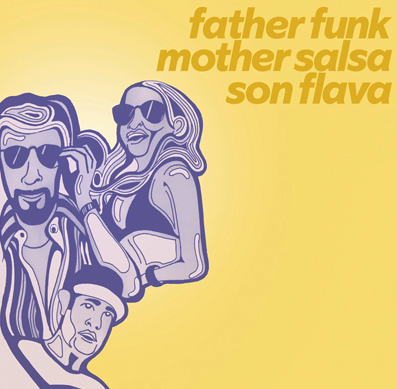 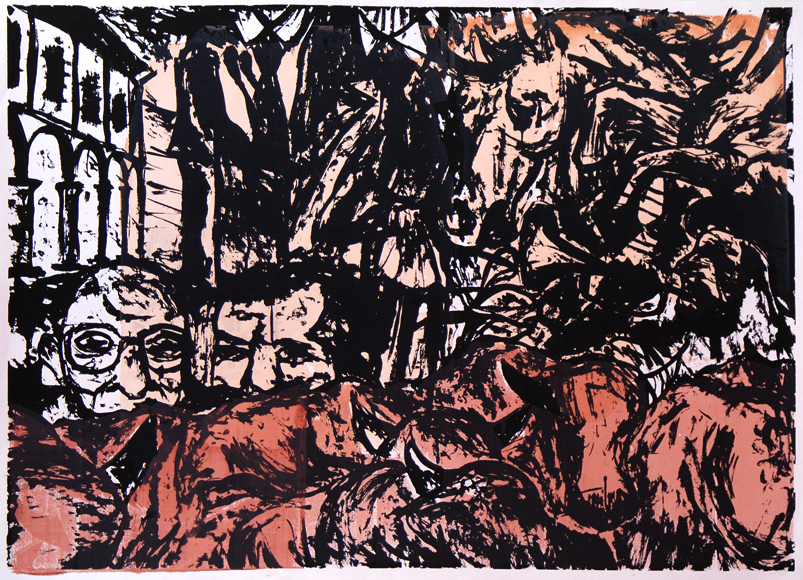 New Mexico based artist/designer/musician Enrique Figuredo produces some pretty interesting South Amerian soul flavored hip-hop instrumentals under the moniker Hippo. FatherFunkMotherSalsaSonFlava is a jam-packed sonic tapestry with weaves of gritty samples, re-worked quotations and nice soul snippets. There is even the occasional funk vamp, whistling, and bird calling (and sometimes all three at once, like in the back-country eluding "Jungle Heavy pt.2"). Notable also is a grinding take on Joni Mitchell's "The Jungle Line" from Hissing On Summer Lawns.

FFMSSF is Hippo's second solo album since his first release, The Hippodrome (Fingerprint Records: 2003). But that's not because he's lazy, nor because he's slow. In addition to meticulously composing this record, Enrique has been busy as a visual artist, producing woodcuts, etchings, mixed media, and silkscreens like the above piece titled "Toros Levantando Tierra" (Bulls Kicking Up Dirt). Neat.

Stream "Jungle Heavy Pt.2" and "Cigarette Love" below, then head to Hip's website where you can download FatherFunkMotherSalsaSonFlava and listen while perusing his visuals.