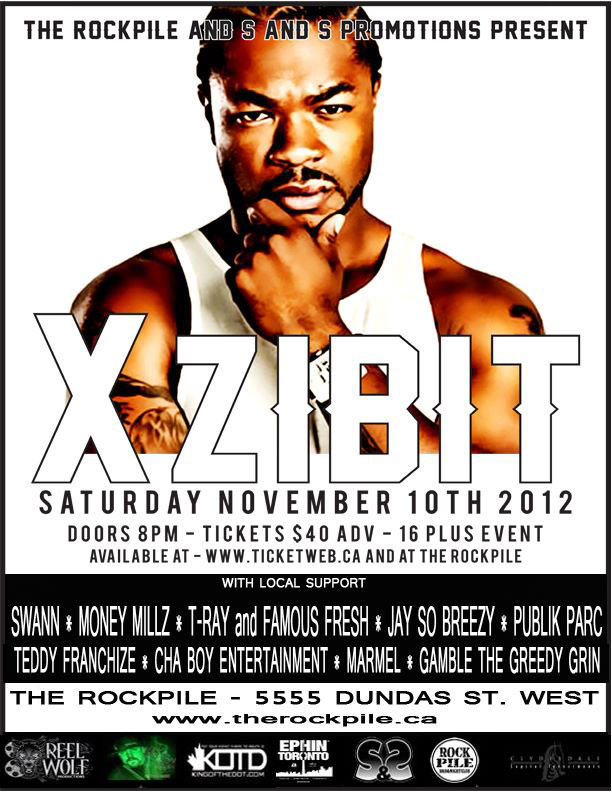 West Coast MC Xzibit will be making his way to Toronto to perform at The Rockpile on November 10th, 2012. Also known as an actor and television host, the rapper recently released his seventh studio album Napalm. This is his first album since he last released Full Circle back in 2006. He has worked with many major artists such as Eminem, Snoop Dogg, and Dr. Dre. "I still love it as much as I did when I first burst through the door, and I'm going to keep spitting like I'm that unsigned kid desperate to showcase himself." said Xzibit. This is a show you won't want to miss! What: The Rockpile and S and S Promotions presents Xzibit @ The Rockpile (Toronto) When: Saturday November 10th, 2012 Where: The Rockpile, 5555A Dundas St West, Toronto Admission: 16+ $40.00 Tickets available via TicketWeb
Events
·

Chedo
I'm so happy Cassidy is BACK and I know he's been free for a minute now but I'm talking about hungry eat any emcee Cassidy. #Early. Statik Selektah & Termanology combine to form "1982." They return with a video for "Goin Back," their collaboration with Xzibit & Cassidy. The video was shot on location in Los Angeles & New York and was directed by John Colombo. By the way make sure to download the album 1982!! Download: Statik Selektah & Termanology ft. Xzibit & Cassidy - Goin Back
AudioVideos
·