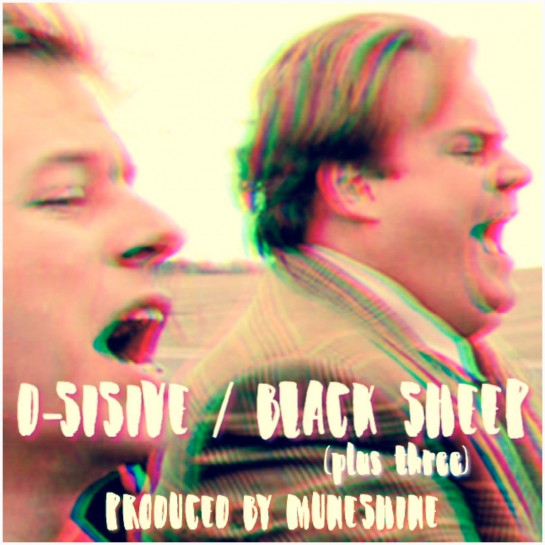 D-Sisive and Muneshine come together recently for “Black Sheep” alongside three more tracks over classic instrumentals to round out an official release titled “Black Sheep [plus three]”.

This is D’s return from a short hiatus since Nobody With a Note with a new official single. Alongside Black Sheep is a short track list including Pistorius Legs, Rocky Dennis and My Aunt Carol Fucked Kim Mitchell.

D discusses a rough patch in his life which fortunately gave him a ton of writing material and set him on his way for a new chapter. He calls this the Slob Opera chapter, and it all begins May 21st 2016 at The Silver Dollar Room in Toronto alongside Ultra Magnus & DJ Slam and ofcourse, Muneshine. Listen below!